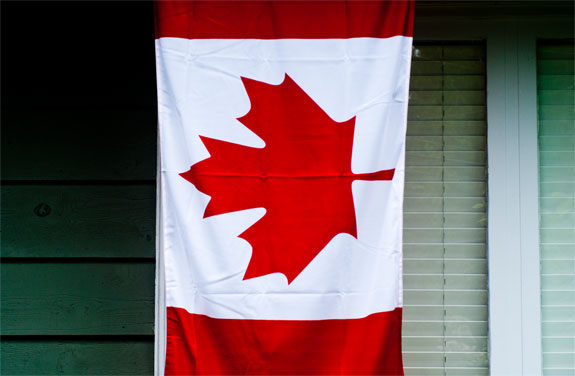 I vowed, really I did, not to publish any more articles about the CBC.

So, I’m cheating a bit, because this really is about the CBC, but via the Friends of Canadian Broadcasting. (Who I also vowed not to write about, again, ever.)

But this is actually quite good.

Part of their campaign to sidetrack adverts on CBC Radio.

In return for breaking my vow, I have one request of the Friends of Canadian Broadcasting — please let us know just how many hits on the video file you get from inside the CBC.

Ads on CBC Radio? Mouth of Gold – FCB from Friends of Canadian Broadcasting on Vimeo.

Twitter has run up against the great Canadian mobile phone reality. Even something as simple as text messaging is messed up here.

Unexpected changes in our billing have forced us into a difficult situation with our Canadian SMS service. We can’t afford to support this service given our current arrangement with our providers (where costs have been doubling for the past several months.) As a result, effective today we are no longer delivering outbound SMS over our Canadian shortcode (21212). The ability to update Twitter over SMS will still be supported over 21212. But we know that this is only part of the experience and we want to make Twitter work in the way folks want … regardless of where they live. There is a realistic, scalable SMS solution for Canada (and the rest of the world.) We’re working on that and will post more details on the Twitter blog as we make progress

For us Canadians, this takes away one of Twitter’s most powerful aspects – live-in-situ updates – whether that’s at a party, conference or just a sunny day at the beach. We’ll still be able to Twitter about it with our phone, but the only ones who’ll receive them will have to be on a browser.

Which begs the question.

If a Tweet falls in the Canadian Forest – does anybody hear ?

I know with the long weekend ahead, you’ve been wondering about the state of media in Canada – now you can rest easy and enjoy that extra day off.

The CRTC today released its Communications Monitoring Report. In the past the Commission published one report on the state of broadcasting, and one on the telecommunications industry, and this is the first of their ‘converged’ reports – presumably to reflect the state of the industry.

The report makes it clear that the Canadian broadcast sector is doing just fine, despite dire warnings of its impending demise thanks to the internet. The report also shows just how big a role the internet plays in our every day lives and consumption of entertainment.

Here are some facts pulled from the CRTC report.

English Canadian use of…

It may just be a case of bad timing, but just a couple of weeks ago, a CBC submission to the CRTC more-or-less argued Canadians aren’t using the Internet for entertainment. (you can read the CBC’s full position here)

Today’s CRTC report shows that we are in fact using the internet for entertainment. One of the most popular online activites happens to be…watching videos. At the end of the day, regardless of the facts, the CBC’s argument in it’s submission seems to be that since it hasn’t figured out how to make money online, online shouldn’t be considered a business opportunity for Canadian broadcasters.

Given that traditional broadcast is still showing yearly increases in revenue, I’m not sure they’re in any hurry to try figure out how to make money online, despite the fact that Canadians are consuming a huge amount of content online. To my mind, that bodes well for smart nimble companies that can jump into this obviously ripe market while the ‘big boys’ sit back and wait for it to be a more predictable business opportunity.

You really have to wonder how the wheels can fall off to the point where our national athletes are paying their own way to events. It’s not like they’re NHL’ers rolling in money.

Snowboarder Alexa Loo told CBC she racked up a credit card bill of more than $5,000 taking planes to races in Japan, Korea and Lake Placid, N.Y., during the season only to miss the final race in Italy because she couldn’t afford the airfare. full story

Surely some fine Canadian corporation would like to be associated with the coolest (and apparently poorest) athletes at the games.

CBC plans to move it’s international sales out of house

The Canadian Broadcasting Corporation and Fireworks International, a division of ContentFilm, today announced an agreement by which Fireworks will acquire the international distribution rights and assets currently managed by CBC’s division responsible for international sales. full story in Broadcaster

The Broadcaster story doesn’t mention how many folks in the CBC ‘division’ are affected by the change.  Fireworks and ContentFilm are based in London UK with an office in Los Angeles. From their web site:

What’s it cost to have, say, Ron MacLean from Hockey Night in Canada fame at your event. Apparently this much:

Note: We can only provide personal appearance booking information within the performance fee range listed below. We cannot facilitate access to Celebrities for any other reason.

I guess that’s a way of keeping triflers away – you know – it’s a bit like that “you have to be this tall to go on the ride” things at the PNE.

It strikes me though that this is really not a lot of money for a national broadcast legend. I mean, most Canadians know, dare I say, adore this face:

But Mr. Maclean is an exception when it comes to Canadian sports celebrities.You can get Howie Meeker, Dick Irvin or Jacques Demers for somewhere between $1,000 – 5,000 each. (I’ll wager a Horton donut you could get all three for 5k if you put your mind to it).Geez, I know Vancouver reno contractors who make more than that for just showing up on time.

Non-Canadians Chi Chi Rodriquez and Arnold Palmer are listed as $50,000 or more. Meanwhile, you can get Olympic Gold Medalist curler Joan McCusker for, you guessed it, between $1,000 – 5,000.

And it gets worse.

Consider this. There’s a Don Cherry impersonator – not even the real Don Cherry, who gets between $1,000-5,000 per appearance. Same goes for a ventriloquist and another guy who’s billed as a golf comedian. These guys deserve as much as Howie Meeker ? A hockey icon. A man who coined the phrase “roll it back” and “stop it right there” ?

The only saving grace, and it’s a slim one, is that I’m assuming these rates are in Canadian dollars, because GetSportsLegends is in Regina.

Whew. But still. We’re proud to be hosers, but our sports celebrities shouldn’t be getting hosed.

Please. Stop it Right There.

Someone roll it back and add some zeros for these guys, will ya ?

Is there anyone the record industry isn’t pissing off ?

The membership of the Canadian Association of Broadcasters adopted a resolution opposing the music labels’ copyright payment demand at their Annual General Meeting in Ottawa. The resolution, which was adopted unanimously, exposes the recording industry’s intention to use the Copyright Act to have the private radio industry make up its losses due to file sharing.

It’s hard to stir up sympathy for either side in this one.

At the same convention, the CAB in Ottawa, members of ACTRA turned out to protest lack of Canadian programming by CAB members…

Last year, Canada’s English-language broadcasters spent almost $500 million in Hollywood and a grand total of $40 million on Canadian dramas. For every dollar they spend on drama in Canada, they spent 12 dollars in Hollywood. Full story in Broadcaster