The British Broadcasting Corporation figures there’s some serious money to be made adding adverts to their web site.

The corporation estimates that it could earn between £48m and £105m annually in advertising revenues, depending on how aggressively the advertising were to be placed.

BBC executives must be rubbing their hands together at the prospect of so much extra income. However, they will have to balance the advertising revenue against the huge protests its UK rivals will undoubtedly make, and against internal opposition.

Here in Canada, CBC.CA had gone for years with no advertising on it’s news pages. That all changed 2 years ago with an aggressive sell of banners above the title and on the right side bar.

Lately those ‘above title’ banners have only occasionally been sold, mostly the inventory is promotional for the fall TV season or CBC’s uninspired 1995-era kids web site. 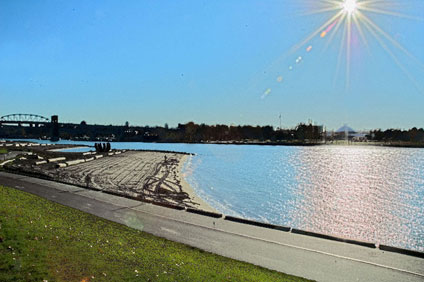 Another HDR. The flare on the sun is from the aperture, no cheezy filter applied.

Messing around with HDR images.

This reminds me of those hand-painted prints from the 50’s.  I shot this one this afternoon. 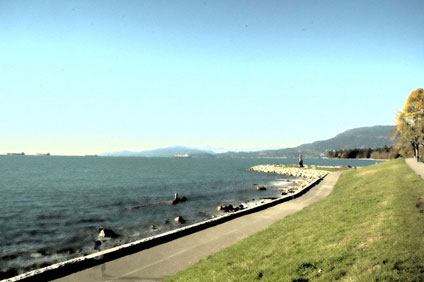 I was taking some pics in English Bay today when I caught these two in for a dip.

Maybe they’re locals, but in any event, odds are at least one of them is originally from Manitoba.  Given that it was cold and windy today (despite the sunshine) I figured they deserved the paparazzi treatment.

They had a photographer with them (on shore) but I couldn’t read the sign from my angle.

The nights are colder, we’ve bought our Cypress Mountain season passes, and I’ve been into Second Wave three times in four days.  Must be fall! 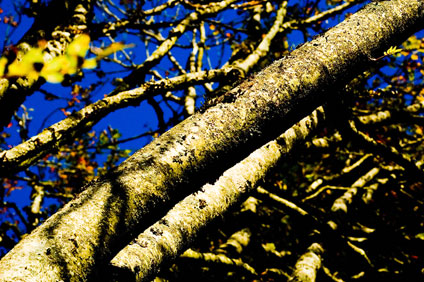 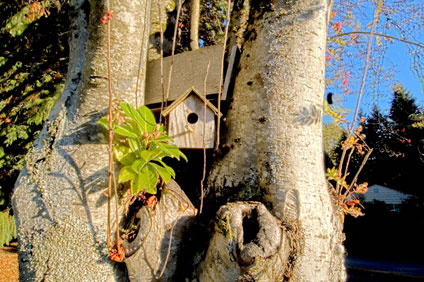 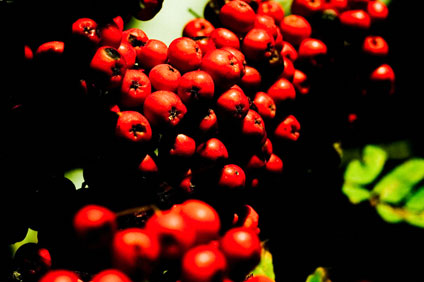 Now this is my idea of a perfectly acceptable way to waste some time. Excerpt from the University of Westminster web site.

The exhibition LEARN TO FLY, by Mark Clews, featured a precise full-scale version of the balsa wood rubber band powered airplane of his childhood.

Fifty metres of rubber was wound up and let go at Dunsfold Aerodrome in Surrey on a runway over 6,000 feet long. Like model planes, this art work can be flat-packed and reassembled anywhere in under an hour, ready for flight.

I wrote last December about about getting RSS feeds on my PSP, but Rubel’s got the waterfront, and the water closet, covered.

A definate must-read if only for the TP powered RSS reader. Hilarious.

After over a year with a Vonage line for business, I’ve given up putting up with the unpredictable service.

After fixing the mess Shaw Digital Phones made of my professionally installed phone jacks, I’ve gone back to a Telus line.

My clients are happier with the phone quality (“hey, you aren’t calling from the other side of the country”) and I’m not frustrated at the seemingly random quality of the connections.

When posted about Neal Mueller’s article slamming the iPod, I meantioned it read like a commercial for Creative Labs. Turns out I wasn’t far off according to Mac Daily News…

It seems that under the list of sponsor companies that have provided him with gear on his climbs, you’ll find Creative Labs… If you click on the link to Creative on Mueller’s sponsor page, it take you to the product page for the MuVo, meaning, I presume, that the player was given to him by Creative.

A paper by Rafael Navarro-Gonzalez of the University of Mexico and others demonstrates that the GCMS (gas-chromatograph mass spectrometer)  instrument was incapable of detecting organic compounds even in Mars-like soils from various locations on Earth. This includes Chile’s Atacama desert, where other tests prove that living microbes are indeed present.

In some soils – including samples taken from Rio Tinto in Spain, which contain iron compounds similar to those detected in Mars soils by NASA’s rover Opportunity, the sensitivity of the GCMS was actually a million times lower than its claimed threshold for detection.

So, basically what this means is that if some alien race used NASA-like technology to probe parts of Earth,  they too would have gone home empty handed.  Hmmmmm.  Maybe that’s just as well.

I’m in Burnaby today, the sky is grey but it is wonderful here otherwise.

LONDON: British Broadcasting Corporation is outsourcing some of its accounting and financing services to India in a move aimed at saving 20 million pounds a year for the next decade. “The BBC is taking advantage of the significant savings of globalisation while maintaining the benefits of more local customer support,” the corporation said on Sunday.

Last week at a business meeting I suggested to someone that they should quit smoking. Its not like they WERE smoking at the time, it was a general ‘poke my nose where it doesn’t belong’ comment.

I’m a reformed smoker, and I don’t much like being around it, but I don’t lecture people and I don’t tell them what to do with their life. And I certainly don’t do it in a business environment. I crossed a line.

But there’s a back story.

One of my best friends and mentors died last week. She had lung cancer that had spread rapidly.

She, like me, was a smoker back in the day. She quit about 15 years ago, but still, she probably smoked for 25 years. We had lunch together a few weeks ago, now she’s dead.

My only sister also died exactly the same way, she was 46.

My sister loved to smoke. She was good at it. She looked good doing it. She lived a full and rich life, but death by lung cancer at 46 is horrible, no matter how big a life you’ve had.

When I was a smoker I understood the risks. Intellectually at least.

But I had never watched someone I love die in front of me. I don’t ever want to spend time on a cancer ward with someone I care about, EVER AGAIN. But I know I will.

And to be honest, I even fear it will happen to me.

If the person you share your bed with snores, Ipsos Reid says you aren’t alone.

most married people in Canada (54%) admit that their partner snores when sleeping. Regionally, the biggest married snorers are residents of British Columbia (60%), followed by Ontarians (58%) while married residents of Quebec are the least likely to snore 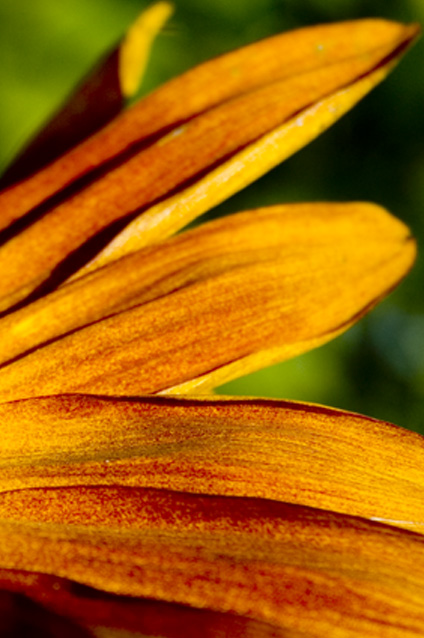 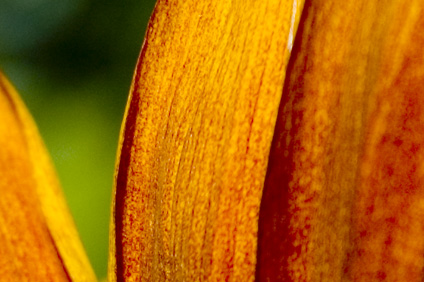 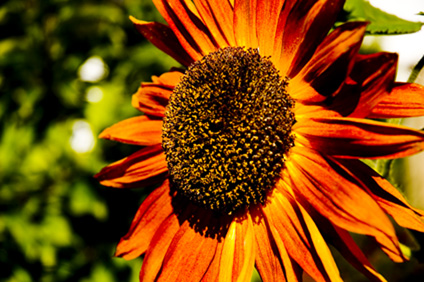 This article, in WashingtonPost.com, written by Everest treker Neal Mueller, almost reads like a commercial for Creative’s MuVo:

Last year my team on Mount Everest witnessed firsthand how lousy the iPod is.

On our expedition, we brought enough electronic gadgetry to outfit an army. What broke first? The iPods. The batteries croaked, the cases scratched and the hard drives seized from the rarified air…

That makes me a big fan of the Creative MuVo, because it has what I want: battery life, light weight and rugged reliability.

I must admit my disappointment at how easily my first iPod got scratched within minutes of taking it out of its package. When I bought my video iPod I also bought a protective after-market case which I hope will protect it as much from drops as from scratches. I’ve also witnessed first hand the dead battery syndrome. It’s a great, yet delicate little sucker. 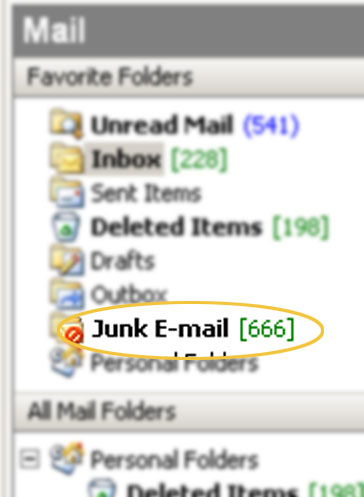 52 minutes, 3 customer service reps, and insisting on talking to a supervisor. That’s how long.

Shaw finally agreed to send someone to my house to restore my phone jacks to the way they were before they messed around with them. At the 47 minute mark of my call with customer service, we were still in the ‘we’ll have to speak to the installers and get back to you’ stage, so I pushed back and asked to get a supervisor on the phone.
They’re coming to make things right next week. I’ll keep you posted. All in all, my foray into Shaw’s digital phone was pretty disasterous and cost me a whole lot of time.

I really find it incredible that companies can still operate on this model of treating customers with so little care.

Just as an aside, who’s the brilliant person who came up with Shaw’s ‘phone on hold adverts’ that brag about their great customer service, WHILE YOU’RE ON HOLD waiting for a person to actually help you?

It is unbelievably annoying, particularly after you’ve heard the ad for the 30th time as you wait. It would be much better if instead they apologized for the inability of their customer service reps to actual provide customer service in a timely manner.

In my particular situation, the Shaw line was going to utilize the jacks I had for a 2nd phone line that I had discontinued.  For business reasons, I’ve decided to bring the 2nd phone line back up, but have discovered that the Shaw installation screwed up those jacks.  I’ll now have to get an installer to come in and see if they can put it back to it’s previous WORKING ORDER.

This is very annoying. For one thing, Shaw claims that their service uses your existing jacks.  That’s true, but only after they rewire them, leaving them incapacitated for reverting to a land line if you need to.  The other thing they fail to mention is that they install a butt ugly and huge modem that they screw into the wall next to your jack – it’s like a giant wall wart that you can’t move or hide anywhere.

Great news for the 2010 Olympics, having managed to lure Nancy Lee away from CBC. She’ll be the new COO of  Olympic Broadcast Services.  Its a major score; Nancy’s a fantastic manager and brings top tier experience to the big show.

I highly recommend a nice little place on the North Shore – close to Cypress (home of snowboarding) this side of the bridge heading for Whistler (key) and only 15 minutes on the freeway from the Vanoc office. There’s a nice Starbucks in Edgemont Village – that’d be my choice.
Vancouver says Welcome Nancy !!!

Around 5:30 this afternoon the light was spectacular and I managed to grab this shot of some maples. 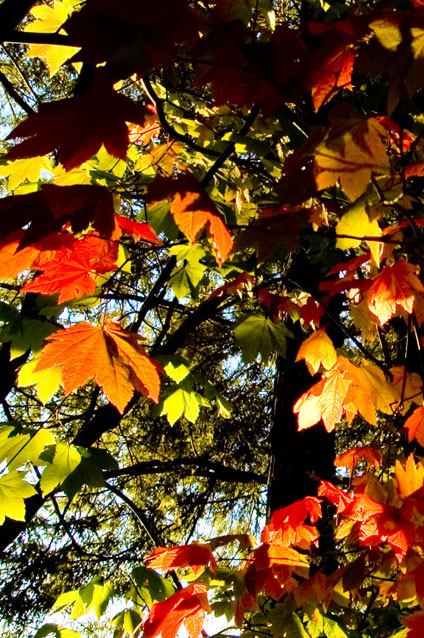