Next to Vancouver and San Francisco, Sydney Australia is one of my favourite cities.

Here’s a little New Year present for anyone wishing they were there.

Get the screen saver here. Unzip the file and run the setup. It will self install.
Sorry, Windows only 🙁

No rest for the new Trim Santa. Spotted hard at work at Granville Island. 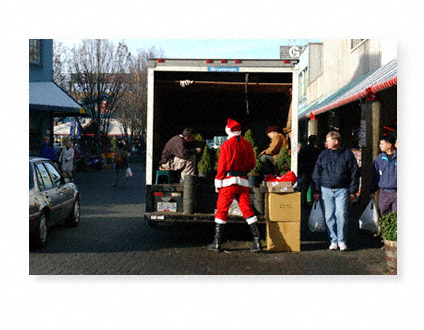 Living here on Vancouver’s North Shore means living with black bears. With the mild weather, and an abundant supply of easy-pickings (read garbage) some of the local black bears are sticking around for the winter instead of heading up into the snow for a sleep. 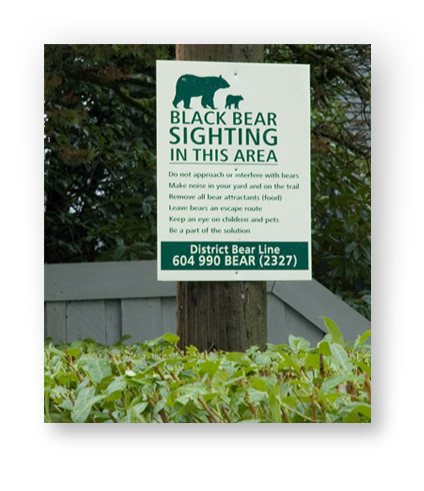 Personally, if I had the option of sleeping for a few months or spending my days working, I know which way I’d go.

Despite the great work of the North Shore Bear Network and the Get Bear Smart folks, too many people continue to leave bear-tempting-goodies out, things like garbage and bird feed.

I finally get to do something with Roland ! Yah!

Roland Tanglao from Bryght and I will be hosting a session on Podcasting for New Media BC.

It’s coming up January 26th, at the Vancouver Film School on Homer.

If you’re wondering what podcasting is all about, how to do it, and what it can do for your company, this will be a great session.

Here’s a screen saver full of pics from around Vancouver taken over the last couple of weeks. It’s great if you’ve got a big monitor or two.
Native size is 1920 x 1277 but will resize to fit your monitor.

Unzip the file and run setup. It will self install and comes with some controls you can tweak if you’re so inclined.

Today I decided to do something productive with all that spam. I’ve got at least 4-thousand emails filtered away, the spoils of the last couple of months of spam.

It’s a variation on Re-use/ReCycle.

No sense filling the trash bin with all that content, as useless as it may be.

So, I decided to create a new musical genre.

Here’s what you do.

Take the subject line, plug it into a text-to-speech synthesizer, then lay down some tracks.

I admit, it’s not exactly the wall-O-sound…but I’ve got enough raw material here for years, and there’s more showing up every day.

Here it is, my Christmas present to the Internet. Oh, and if any of you spammers want to share the royalties on this sure winner, just let us know who you are…

A couple of days ago I mentioned an email exchange with Ben Garfinkel from Industral Brand Creative.

BTW: The irony of Ben emailing me to get a surface mail address so he could send me hard copy of an article about blogging didn’t escape him. 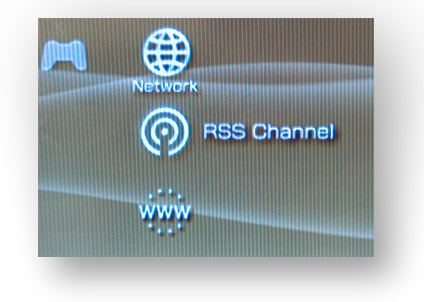 The real news here is for podcasters.

Because the PSP has a built in wireless connection, and because of the way Sony has configured the RSS function, the PSP is now essentially a streaming audio player.

I’ve been walking around my home office listening to podcasts on my PSP, streamed from Internet RSS feeds.

No need to store them when I can listen to them wirelessly.

This is getting good.

My guess is that over the next few days, hundreds of thousands of baby iPods will be unleashed from their Christmas wrap and set out onto the Internet.

All you new iPod owners are going to be looking for gigs and gigs of stuff to load, so here is our self-centred promotion:

The New Media BC Podcast.
If you’ve got iTunes already installed, here’s the direct link.
Or pop it into your RSS reader from our feedburner link.

The Raincoast Books Podcast.
If you’ve got iTunes already installed, here’s the direct link.
Or pop it into your RSS reader from our feedburner link.

I’ve been talking about Tom Bihn bags for years.

I originally got one of Tom’s bags in 1999 because I was looking for a back-pack-type bag that could carry a multimedia laptop and some audio gear. C. William Smith from CBC and a bunch of us were working on the ‘radio in a backpack’ idea and we needed the perfect backpack for the job.

There were loads of book bags and back-country bags, but nothing that combined the protection needed and the form factor.

While doing yet another web search (this is 1999 remember) I discovered Tom’s Brain Bag .

It absolutely did the trick (and still does). Mine has at least 300,000 airmiles on it and looks as good as new.

Over the years I’ve bought other bags for specific bits of gear, and they just WORK. Only the best materials, fasteners and shoulder straps.

Today, my new Buzz bag arrived. It’s going to be my podcast bag, and I’m thrilled to discover it is exactly right for the job.

It’ll hold my digital IC recorder, a couple of mics, and assorted stuff that I inevitably need. The great thing is I can set up my gear, keep it in the bag, wear the bag, and still have my hands free. And I love the iPod holder on the strap.

Tom’s just down the way in Port Angeles and he’s also got a store in Seattle. I’ve only ever bought my stuff via the web.

Nikon Canada has issued a recall on batteries for some of their high end digital cameras.

Says Nikon’s web site (the emphasis is mine):

It has come to our attention that some Rechargeable Li-ion Batteries EN-EL3 for Nikon digital-SLR cameras may, on rare occasions, overheat causing the battery to become deformed or, in the worse case, to catch fire.

That’ll get your attention.

I have 2 batteries for my camera. As luck (?) would have it, one was subject to recall, leaving me with another to keep me going.

Despite the inconvenience, I’m impressed with the way Nikon replaced my battery. Using the form on their web site, I sent my battery by courier leaving Vancouver on Dec 12th. Yesterday, Dec 19th, a brand new battery showed up on my door via courier.

Makes buying a high end camera with a battery that might ‘catch fire’ almost pleasurable.

So, congrats and Merry Christmas to Department 410 at Nikon in Mississauga.

Not all EN-EL3 batteries are affected, so check their web site for the complete range.

I see now that Nikon has issued a service advisory for a variety of their digital cameras, from the high end D2H to cheaper models. Great, Just what you need for Christmas. Again, check their web site for info.

According to Ipsos Insight’s lastest poll in the U.S.

Almost a quarter of respondents (22%) anticipate buying a portable MP3 player or lower-storage Apple iPod Shuffle or iPod Nano (to use primarily for music) in the next three months, and 14% are interested in buying a portable multimedia device, such as the 30GB or 60GB iPod, Sony PSP, Creative Zen, or iRiver devices. 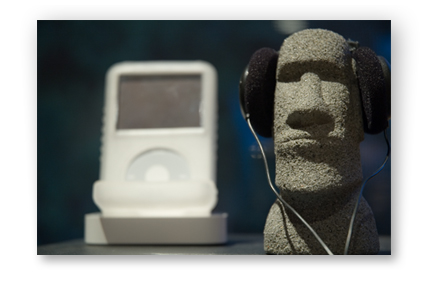 Ben Garfinkel over at Industrial Brand Creative e-mailed me to get my mailing address.

In response, I can’t believe I actually wrote this:

Ben. You can surface me at….

Hello – not a verb – hello. Time to get off the keyboard and go for a walk. 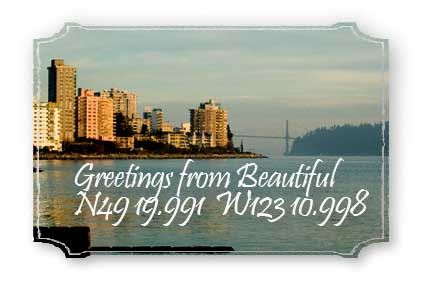 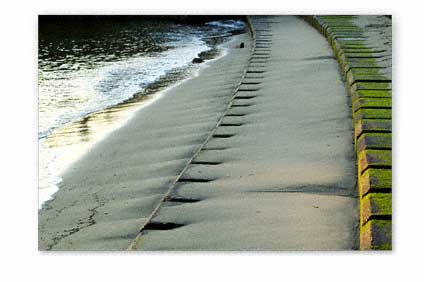 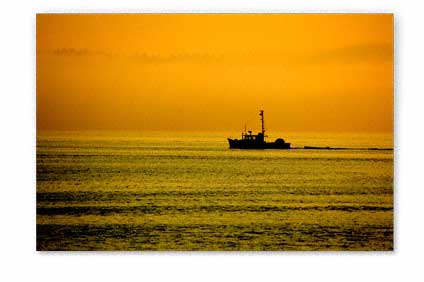 Have managed to fix the RSS feed problem.

I blame it all on iTunes.

One of the plugins I was using for Word Press was meant to include some iTunes specific tags, but it was making a bit of a mess of my main feed.

Nuked the plug in, replaced the original Word Press file, and all’s well in RSS land.

I’m having some trouble with my RSS feed out of Word Press. Working on it, and my apologies . 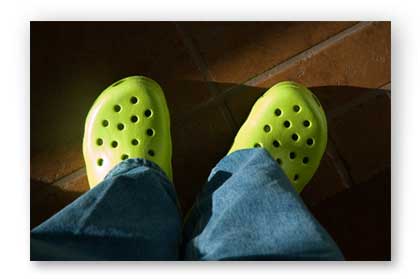 These are from a Vancouver company and they are awesome.

Assuming you want it, 16 dollars gets you a piece of satellite radio.

According to their web site, CSR, the operators of XM satellite radio in Canada has “filed a final prospectus with securities regulatory authorities in each of the Canadian provinces in connection with an initial public offering of 3,437,500 subordinate voting shares at a price of $16 per share.”

I see that 16 bucks (real American dollars that is) will buy me just over 16 days of commercial free CNN – delivered on line through CNN Pipeline.

CNN clearly got their money’s worth in this branding exercise – they got hook lines a plenty for this new service:

Control it. Watch it. Live

Funny that – I control my media just fine, on my own, without having to fork over 99 cents a day.

Whether it’s satellite radio or CNN sans commercials, we Canadians love to pay for radio and TV.

You’d think we’d all be flag-waving, demonstration-leading, rabid little beavers trying to save free, over-the-air broadcasting. After all, Marconi bounced the first trans-Atlantic signal to Newfoundland, we practically invented the communications satellite, and the first television set in North America was built by a distant relative of mine, Alphone Ouimet.

The reality is, the vast majority of us pay for TV by cable or satellite.

We’re abandoning AM and FM radio in droves – currently to listen to our iPods.

Note to Steve Jobs: my kids think you missed the boat and should be marketing the new iPod to their grandparents – the iPod Nana. While I’m on this aside, it seems to be official – there are now more accessories available for the iPod than there are for your average Detroit automobile.

So what if there’ll be more shareholders than listeners, we Canadians should be lining up to fork over our 16 bucks to get a piece of the bird (though it is a shame those satellite radio receivers are so damn ugly).

We’re your perfect test market. We’d jump at the chance to fork over some of our multi-coloured money so we can stick some decent content on our PSP’s or our iPods.

Forget about CNN and Desperate Housewives.

If you really want a blockbuster success, try . Coronation Street.

Lotus Land is covered in a lovely blanket of white. Well, the higher parts of it anyway.

This was my North Vancouver backyard this afternoon. 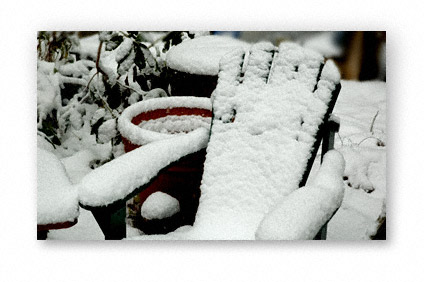 Where in the World Are You ?

You should be here…