The title of a 1975 album by Supertramp has absolutely nothing to do with the current financial meltdown. But the phrase (also from the movie Day of the Jackal) is my favourite response when things get testy.

With every news report laden with the latest stories on the financial crisis, and an election campaign both here and in the US, its time to deal with this stuff once and for all. 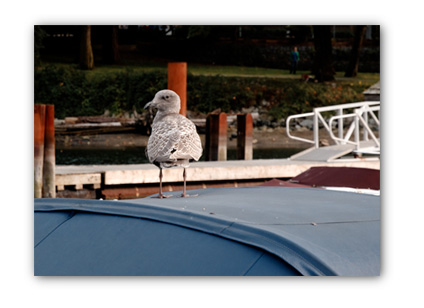 Down on the docks at Horseshoe Bay there was no inkling of anything other than the typical waterfront activity.

Ferries from Bowen Island, Departure Bay on Vancouver Island, and Langdale came and went like clockwork. And hundreds of cars – long-weekend mainlanders heading to a B&B or Gramma’s house – lined up (as usual) waiting for their boat to arrive. 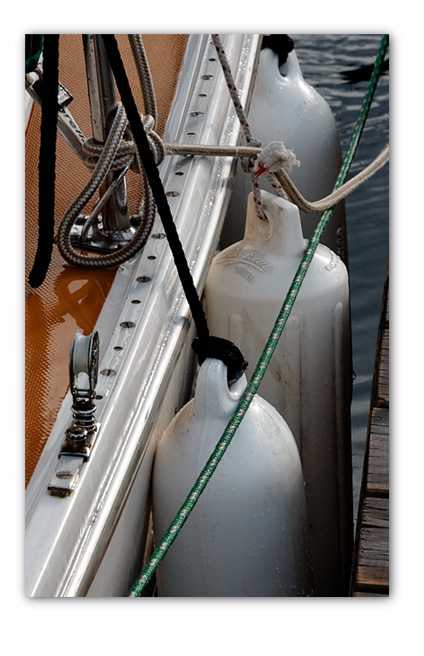 Over on the east docks, where Madsu is moored, river otters continue to make a mess on boats tied there. Given the choice between munching their seafood on the rocks or on a nice Sumbrella fabric cover, they go for the boat covers ever time.

They also seem to like those lovely upholstered seats in power boats, and they leave quite a mess.

Here’s what they left behind on the boat in the slip next to me. 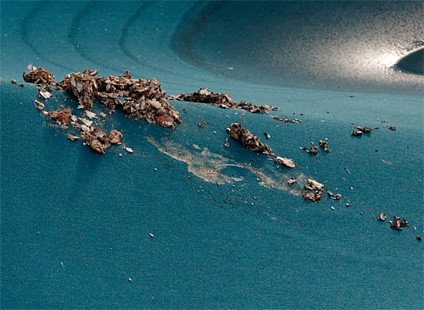 This is the same guy who’s parents leave CBC Radio One on in their boat, claiming it keeps the otters away ( and it seems to work).

My boat neighbour though claims he’s found the perfect anti-otter-repellant: wolf pee. I’m not entirely sure how he’s going to acquire it, or how he’s going to apply it, and if his boat will smell better or WORSE because of it, but what the heck – sounds like a plan

Over at the government dock, a big vintage power vessel was tied up, getting all gussied up for what looked like a wedding party. 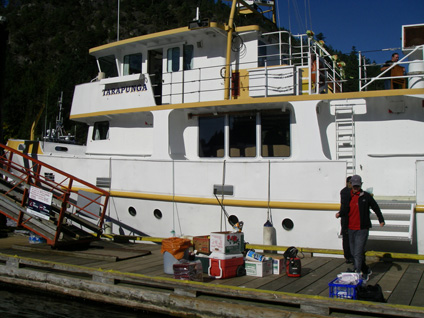 I’ve not seen the Tarapunga before, and her aft deck was decorated with ribbons and flowers – but the wedding is a fake: they were shooting on-the-water scenes for the TV series Harper’s Island. 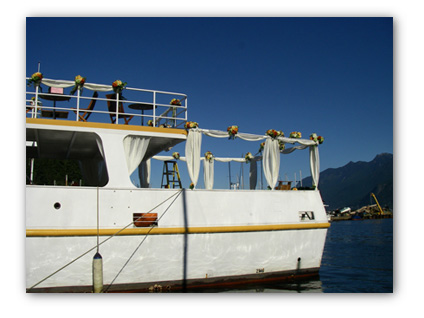 While I was out sailing, Tarapunga went steaming by – not far behind the picture chopper flew just a hundred feet or so off the deck – swooping in on Tarapunga for what I’m sure will be a very sweet shot since as she steamed out into the Straight with the sun glistening off the water.

Beautiful BC couldn’t be much more adorable than it was today. 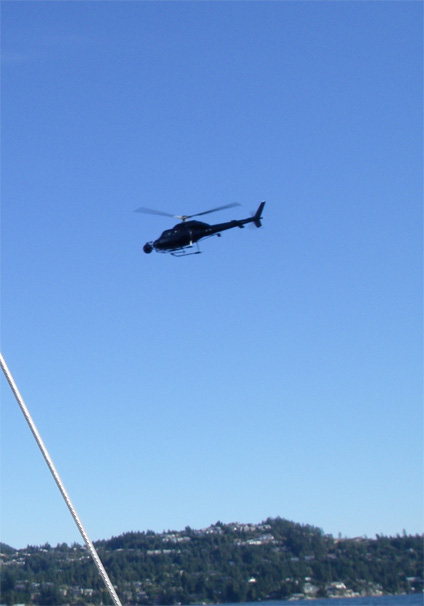 I tried to get Madsu in the shot but when it comes to a race between my Catalina 22 and a helicopter, well…

The wind piped up so I put a 2nd reef in the main and pulled out my bagged out old jib.

Six hours later I was back at the dock, giving Madsu a proper scrub down after soaking the foredeck in salt-spray.

One fine Thanksgiving Weekend sail – and the only bail-out I considered the entire day was in relation to the dinghy. 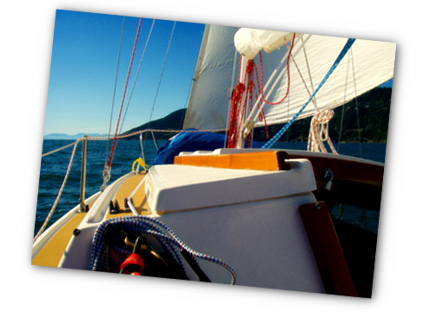