Nintendo is once again making a huge impact on the game market. Their Wii platform is a huge success and so is their portable DS platform. Both are outselling Sony’s playstation and XBox 360 by more than 2 to 1.

Despite a slow economy in the US, game platform sales are booming. The latest figures from NPD Group show that with Wii and DS, Nintendo owns more than half the total platform sales market: 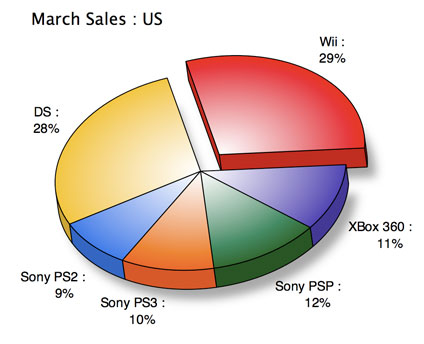 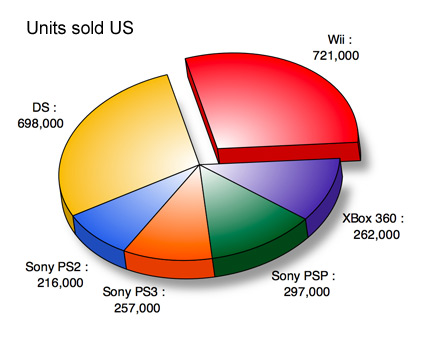 Nintendo’s riding a huge wave of popularity with the recent release of Super Smash Bros. I wrote about this a while ago – March sales figures show Super Smash Bros. Brawl selling 2.7 million copies in March alone. Ars Technica puts that into perspective:

Nintendo sold a copy of Super Smash Bros. to 31 percent of its US installed base in one month. Just when our expectations are set for what Nintendo can do in sales, the company comes up with a new way to blow away the competition. Nothing in software or hardware came close to touching what Nintendo did this month (full story)

Ars Technica also has a great article on how all the companies spin the numbers.