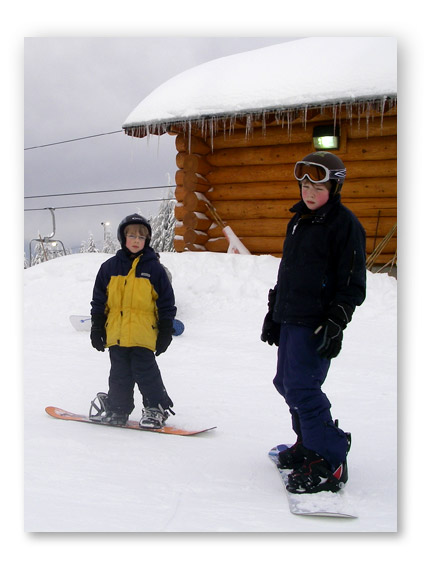 Cypress Mountain was a total delight this morning. The sun was shining on the drive up, but the cloud moved in pretty quickly.

For the last few seasons I’ve only shot a few pics on the mountain. I don’t like taking my D70 into the snow and screen caps from my small video camera aren’t good.

Solution: on a recommendation from a guy at named Elias at London Drugs in West Van, I bought a Pentax Optio W20. The camera doesn’t look like much and I certainly wouldn’t have picked it out of a lineup, so I’m happy Elias was on the ball. It’s a waterproof point and shoot digital camera, and I’m thrilled with it. 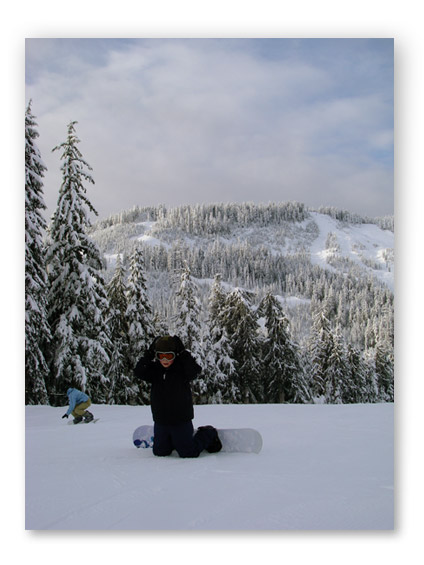 It’s small and light, I just tuck it into the pocket of my jacket, the lense doesn’t extend out of the body even on zoom, and the controls are recessed in such a way that it is impossible to turn the camera on accidentally (like when I fall, which is often). 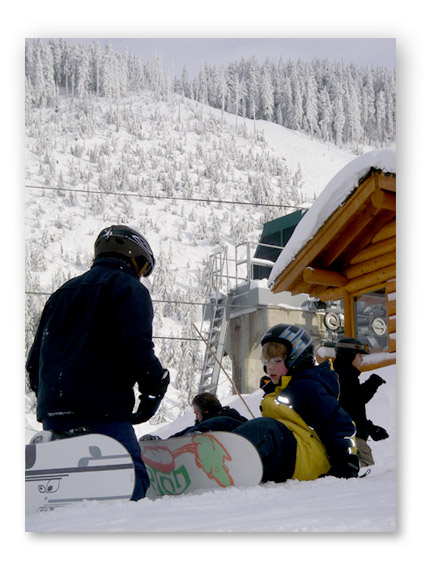 Its a bit slow to react, but for the job at hand, it’s pretty much perfect. These were all shot in idiot proof mode – auto everything – and it handled the bright snow really well.

I may not look like it, but I’m super happy with my new piece of snowboarding gear ! 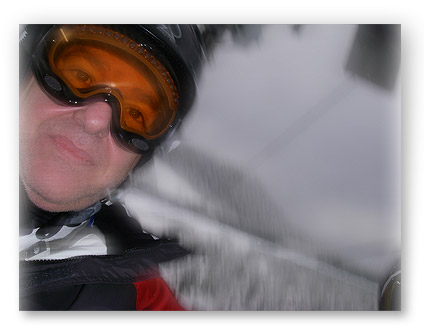