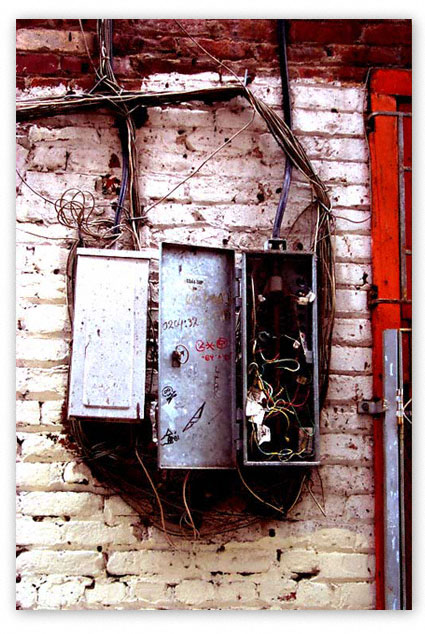 This was my first trip back to San Francisco after leaving Radical. Their office on Berry St. in China Basin had since shut down when I came back in 2001 for the Webby Awards, CBC Radio 3’s first time nominated . I found the irony of this telco box in the high-tech mecca of North America too much to resist. From what I could tell it was still functioning, in spite of (or perhaps because of) a few sketchy looking splices.

One thought on “Wired in a ChinaTown Alley”