It’s a bit convoluted, but while sailing this morning I was also using the sun to charge my mobile. There’s something magic about silently ghosting along under sail – added bonus is charging batteries at the same time.

On a sailboat, you typically charge up your batteries while using the engine. Just like in your car, an alternator on the motor charges the 12 or 6 v batteries on the boat. But since there is no alternator on Madsu’s old outboard, the only way to charge the 12 volt batteries that run the lights and other on board equipment is to use a battery charger plugged in while at the dock. I do have a 110v AC marine trickle charger installed, but all last season and so far this season, I’ve relied on a 14 x 14 solar panel I bought at West Marine. 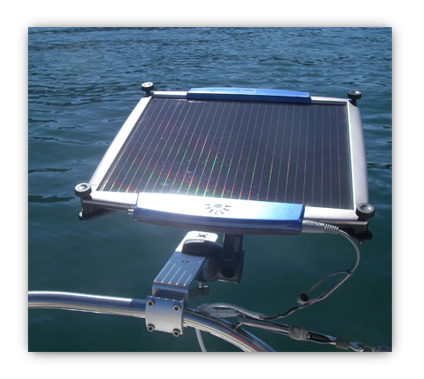 It trickle charges the batteries and I’ve not had to plug-in to shore power since I bought it. I put a switch on the panel so that I can send the charge to either one of the two batteries on board, and so far, I’m super happy with the performance of the little panel. I mount it on the stern pushpit, clamped to the rail mount I use for the Force 10 BBQ which is stowed unless I’m using it. 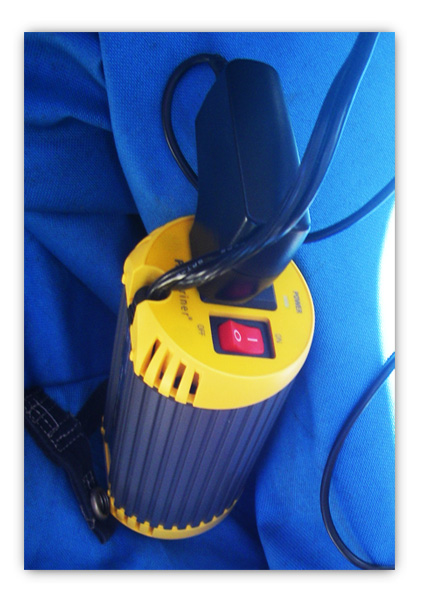 When it was on sale last year, I also bought a small (coffee cup sized) inverter. It plugs into the cigarette lighter socket on the boat and outputs AC. Today I used it to charge my cell phone. I don’t have a 12v charger for the mobile, and don’t need to buy one. The solar panel charges the batteries, the batteries provide power to the inverter, and the inverter outputs AC to my standard phone charger. Nice. 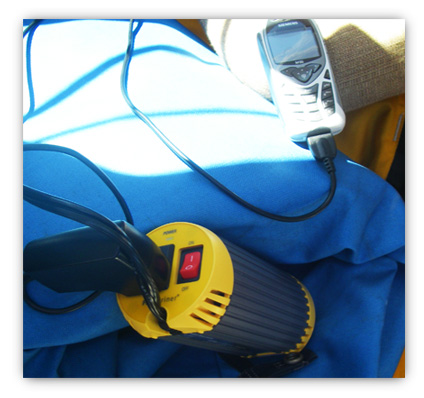