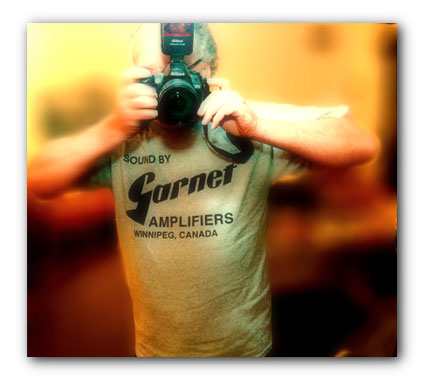 Growing up in Manitoba in the 60’s and 70’s, you could tell the guys who were into music by their Garnet Amplifier t-shirts.

Garnet Amps were local, and they were hot.

These amps weren’t sleek and sexy like a Fender Twin. These were working heads and bottoms – made to be stacked and made to be played loud. A working man’s amp with a signature sound.

Like the amps, Garnet T-shirts were working class clothes. They came in your basic t-shirt grey – all the better for crawling around setting up gear or pulling cable in some smoky hall. And perfect for wiping up a bit of spilled brew.

If you missed it, you can still grab a little piece of genuine Canadian music history. A big thanks to Pete Thiessen of Garnet Amplifiers for keeping it all alive.

And Peter – me and Little Garn love our new (old) T’s.

4 thoughts on “Vintage Sound From the Prairie”