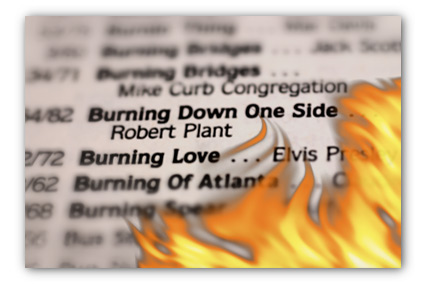 They take their playlists seriously down south.

Feinstein told investigators that he was “very unhappy” about the changes to his playlist, said Austin Fire Department Battalion Chief Greg Nye. The songs were intended for an Internet broadcast that occurs when the station is off the air.

The story, in Firehouse.com goes on to say that this was the 3rd fire at the station in recent years. The 2 previous had been accidents, but this arson was discovered by a specially trained dog who ‘sniffed out’ the presence of gasoline at the scene.