40 Canadian dollars for one day, or $60 for both. It’ll cost you almost that much to take a cab from downtown to confernce site on the UBC campus.

I’ll be kicking around so come up and say hi.

If you work in an office with a staff lunchroom, you really need to read “Time for a Staffroom Makeover” by Capers Whole Foods nutritionist Victoria Pawlowski.

The foods and beverages stuffed in the refrigerator and falling off side counters often aren’t really foods – they are collections of ingredients with lots of additives, trans fats, simple carbs and sweeteners. They are processed, refined foods loaded with anti-nutrients – chemicals that actually make it harder for your body to absorb nutrient and cause cellular inflammation which is linked to premature aging and disease.

She’s got a lot of good tips on how you can improve things for yourself, and your coworkers.

Meanwhile, the KitKat France has produced an awesome animation about getting the ultimate break from office melt-downs.

It’s a great form of advertising – the animation is high quality and funny. I particularly like the guy who flips pencils between his fingers – I’m pretty sure I worked with him in Calgary. 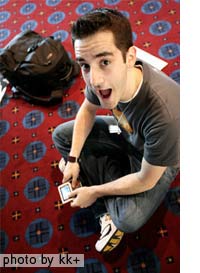 When you meet technology people from Canada, we’re not in a race. We’re watching the race from the sideline. We act like technology entrepreneurship is closer to farming than shark hunting, as if risky business isn’t necessary to make the next Google or Microsoft. We putter around as if slow and steady actually wins races to innovate and grow technology businesses.

Ouch. Last I checked, Will was still working…in the technology sector in Canada. 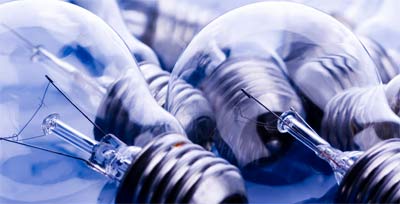 If you’re a problem solver (say, working in the technology sector in Canada) or an innovative thinker of any sort, have you ever wondered what’s really going on in your brain when you’re, say, problem solving?

Scientific American has a story on research underway that may that shed some light on what’s going on when…the light goes on.

If there’s excessive attention, it somehow creates mental fixation….Your brain is not in a receptive condition….Researchers found that subjects who were aware that they had found a new way to tackle the problem (and so, had consciously restructured their thinking) were less likely to feel as if they’d had eureka moment compared to more clueless candidates.