I’m a Scot by marriage only, but this is devastating news

More than 10,000 bottles of single malt Scotch Whisky have been stolen in a raid, police have revealed.

The bottles of Bowmore Islay Single Malt, with a retail value of almost £300,000, were taken from a haulier in Hertfordshire on Tuesday.

EB and I spent our honeymoon driving around Northern Scotland in a much-too-small rental car, and we did visit the occasional distillery.

You’d never drink the stuff if you had a wiff of the residue, but there’s something about a single malt that’ll make a Scot out of just about anyone.

A lump of coal for Christmas for the mastermind behind this cruel assault on Scottish sensibility (and good taste).

I think we should all visit the Bowmore web site and pay our respect.

Hang on, I see you can even order on line or rent one of their cottages.  Rent a cottage at a Scotch distillery ?  Hmmmm, I might be busy for a bit… 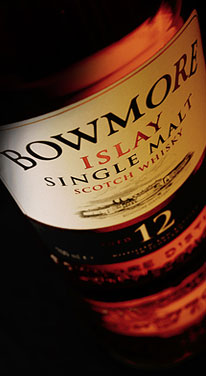