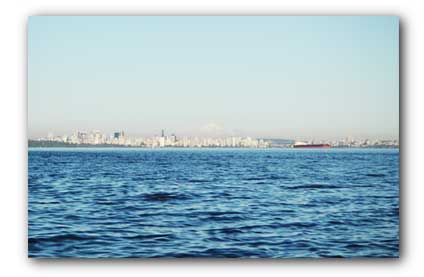 I see there are some issues with the Canadian government’s program aimed at improving safety on the water.

Critics say the pleasure-craft operator card is being hawked by providers who charge $40 to $60 to take a multiple-choice exam of dubious worth, under a system with so few controls that stories of cheating are as common as ducks on a dock. Full story here

As a former professional sailing instructor, I’ve seen pretty much everything out on the water, and anything that helps improve safety is a welcome.

The biggest issue really is this: providing an operator’s card without ever being required to prove yourself on the water is a bit of a joke. You certainly can teach the theory in a classroom or on the internet, but putting that theory to practice in a real-life situation on the water is completely different.

The problem is compounded by the amazing array of pleasure craft out there, and they’re faster than ever before. Powerboats sporting 60’s era muscle-car engines are common, as are sailboats weighing several tons.

Every time we go out sailing – EVERY TIME – boaters either ignore or don’t seem to know the simplest rules of the road. When I was teaching CYA certified courses, I told my students to assume ‘the other guy’ didn’t know the rules of the road – since most of the time that’s the way they behave. It may be cool to clip across someone’s bow doing 30 knots in a jet boat, but it certainly isn’t the right thing to do, and it certainly isn’t safe.

Now, add in a little booze, and no operator’s card in the world is going to make a hoot of difference. In my experience, the concept of designated driver doesn’t seem to have taken off in the boating world. Nor has the notion of actually wearing the PFD you’re legally required to have on board.

For the uninitiated, in Canada while you’re legally required to have a PFD for everyone on board, you aren’t required to actually be wearing it. So, the vast majority of boaters don’t. As you might surmise, they do little good to you in the locker on the boat after you’ve fallen overboard.

The thing is, the government was reluctant to institute a licensing system. So they did a half-assed job and come up with the operator’s card, and then farmed out provisioning to the private sector where every card issued means revenue. I’ve seen the ‘take the boating test’ tents set up in the parking lot at Canadian Tire, and the goal certainly doesn’t seem to be education – it’s about getting you a card as quickly and easily as possible.

I fully support the idea of licensing boaters – but only boats of a certain size or power. Its ridiculous, for instance, that my 13 year old can’t operate our 6 ft. long Zodiac tender because it has a 2-hp. motor on it.

The whole idea here is that people go out and have a fun time and a safe time on the water. Knowing that someone driving a boat heading towards me has actually taken a course and passed a license would make me feel a lot better. As it stands now, I assume they know very little about the rules of the road of safety at sea.

Operators should be required to take a course offered by an organization like the CYA or The Canada Power and Sail Squadron, and testing should be similar to a drivers’ test. Until that happens (and it probably never will) no amount of ‘clamping down’ on the way operator’s cards are issued is going to make much of a difference to safety on the water.