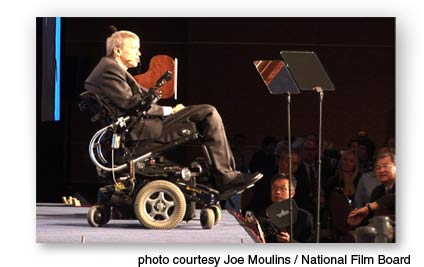 I like the fact that people underestimate me. You know, they pat me on the head, then I rip their throat out.
– Sam Sullivan in Citizen Sam

Vancouver’s Joe Moulins’ documentary on Vancouver’s mayor Sam Sullivan has been selected for this year’s Hot Docs festival in Toronto. 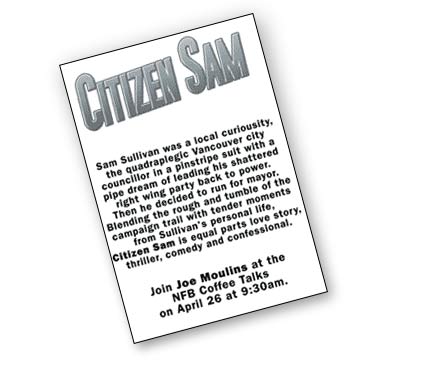 I first met Joe in the late 80s’ when he was still doing freelance radio pieces and I was producing an arts show for CBC Vancouver called Art Beat.

Joe was one of those guys you could count on to bring pack a nicely formed item, always bringing in more than promised. Guys like him are a producers dream-come-true.

Joe’s created an amazing doc – it’s a wonderful story and captured in a way that will surprise you.

Here a trailer at YouTube. Watch it and you’ll know why you have to see this doc.

If you’re in Toronto, make sure you see it at the festival.