Work-Life balance has come up a lot  the last while. Apparently, it’s also the #1 New Year resolution for 2007.

Excerpt from the Reuters story:

I recently subscribed to Wired.  I’ve yet to receive a copy of the magazine.  This didn’t surprise me much and I wasn’t particularly concerned about it.

However, I recently received an invitation from you to EXTEND my subscription for another year, presumably because I’m so happy with the magazine.

Hmmmm.  Shouldn’t you get an actual copy of the magazine to me FIRST, then see if I’d like to extend. 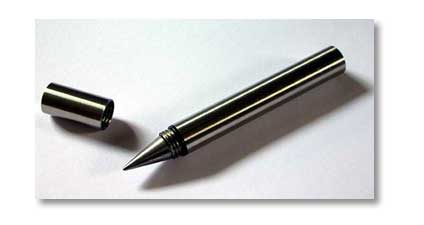 My grandfather used to use something similar to this when he was working in the shop on the farm. Not as fancy mind you. From Grand Illusions

In the Medieval period, artists and scribes often used a metal stylus in order to draw on a specially prepared paper surface. Generally known as Metalpoint, or Silverpoint when the stylus was made of silver, artists such as Leonardo da Vinci, Dürer and Rembrandt all used this technique. www.silverpointweb.com gives a lot of information about how it works.

The pens we sell are a modern version (and do not use silver). The solid metal ‘nib’ consists of a metal alloy, that leaves a mark on most types of paper. If you use the sort of paper typically used in printers and photocopiers, the pen leaves a mark that looks as if it was made by a pencil. However the line will not smudge, and cannot be rubbed out.

Just the kind of thing I’d love to have handy in my Tom Bihn bag, but darn, I didn’t ask for one for Christmas. I think this would make a lovely New Year present though 🙂

Matthew and Garnet needed iTunes 7 for their new video iPods – we were running v. 6 on their kitchen computer.

Repeated attempts to get version 7 from Apple failed, we couldn’t get a connection off apple.com. Apparently we were not alone. via ABC news

Frazzled users began posting urgent help messages Monday and Tuesday on Apple’s technical forum for iTunes, complaining they were either not allowed into the store or were told the system couldn’t process their request to download songs and videos.

We kept trying and by late afternoon on Christmas day the boys were happily loading songs from their library onto their new 80 gig vidpods. 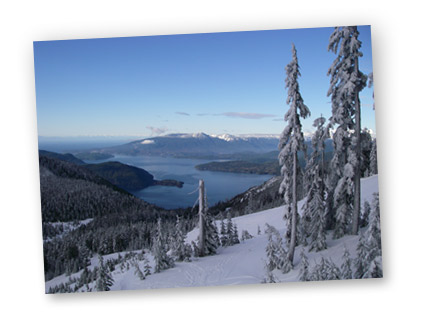 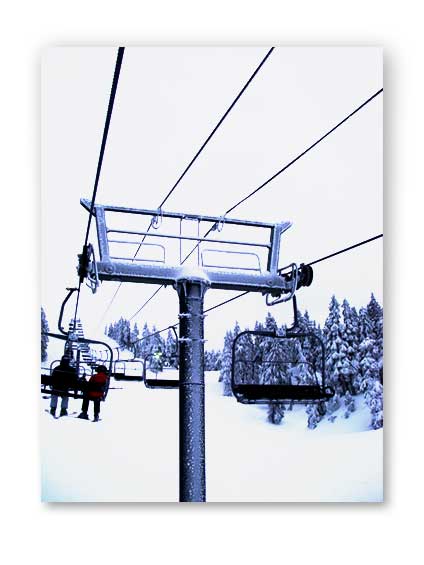 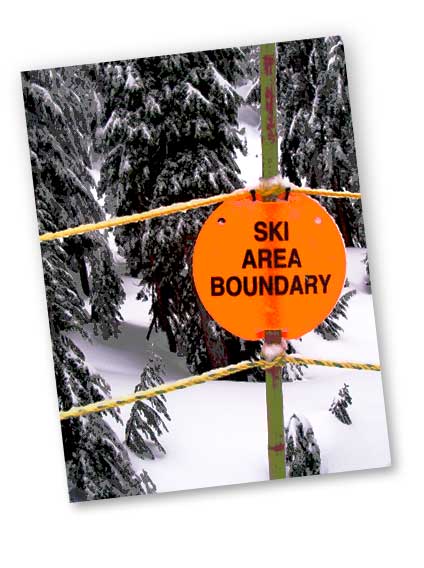 The morning was really quiet on Cypress, nothing like last year’s crowds.

Matthew and I found lots of untouched powder off Cat Track, while Garnet worked on his turns. 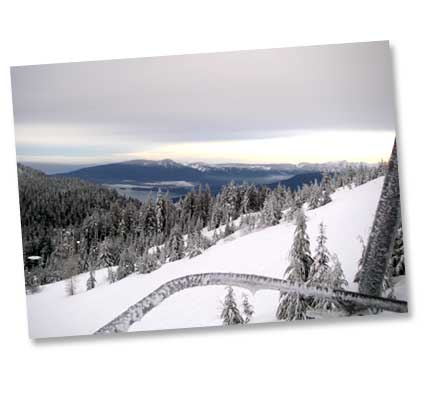 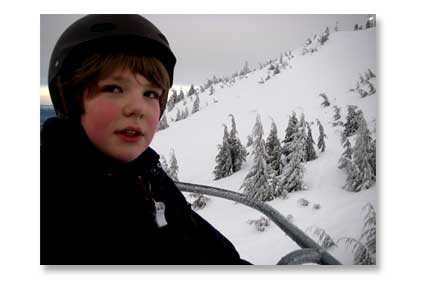 One way to escape the rain on the West Coast is to head up to a local mountain.

Our favourite is Cypress. 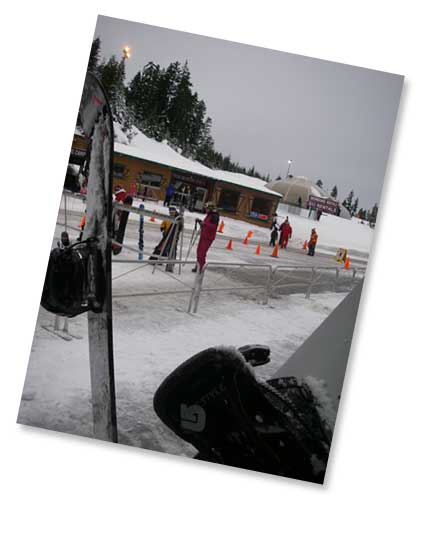 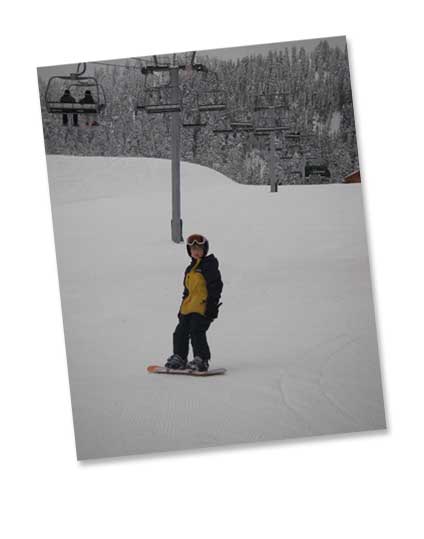 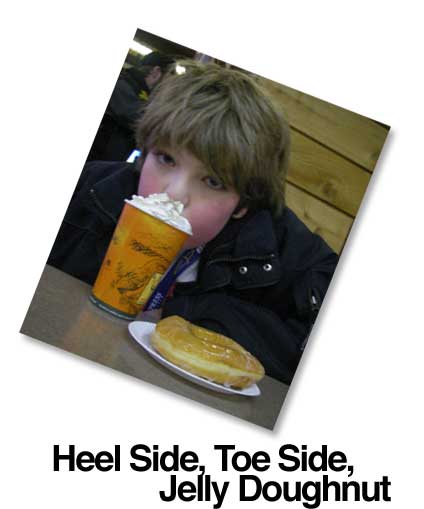 In separate challenges this month from the far corners of the United States, environmental groups in Washington state and in Maine are accusing Weyerhaeuser Co. and Plum Creek Timber Co. of using the forest industry’s green-labeling program as a cover while they log in ways that harm endangered spotted owls in Washington and violate forestry laws in Maine.

Meanwhile, car rental agencies in the US at least are making some moves towards greening up their fleets. via US News and World Report:

We rent fairly often, and I’d certainly pick a hybrid if it was an option. One of my local car rental agencies has a couple of Smart cars available, but at a premium price that doesn’t really correlate to either the cost of the car or space is provides.

Back in September of 2005 I wrote about Project Opus.

Sorry for the mass e-mail, but one of the most influential web service commentators – mashable.com – has nominated Project Opus as the top Social Network: Music Site for 2006.

We would appreciate if you would vote for us in the comments.

Everyone at Project Opus is feeling pretty chuffed about the nod.
Thanks for the help and support!

Congrats to David and his team – help them out by visiting the mashable link and talking them up. 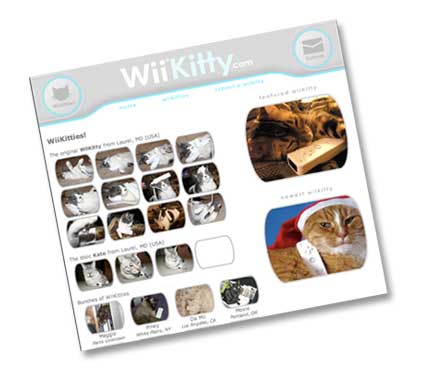 This year for the first time Queen Elizabeth II’s Christmas speech will be available as a podcast.

Traditionally, the British Broadcasting Corp. (BBC) transmits the speech on TV and radio. The speech will also be available in audio and video formats from the BBC’s Web site.

The podcast and online versions of the speech will become available at the same time that the speech is broadcast on TV: 3 p.m. GMT on Monday. 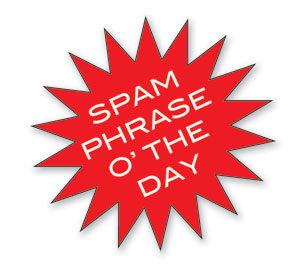 “Get a Diploma witohut the hassle!”

A couple of shots from the Vancouver Art Gallery Annex 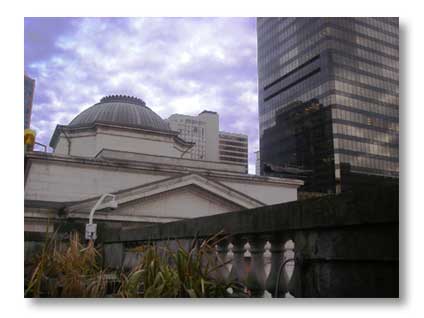 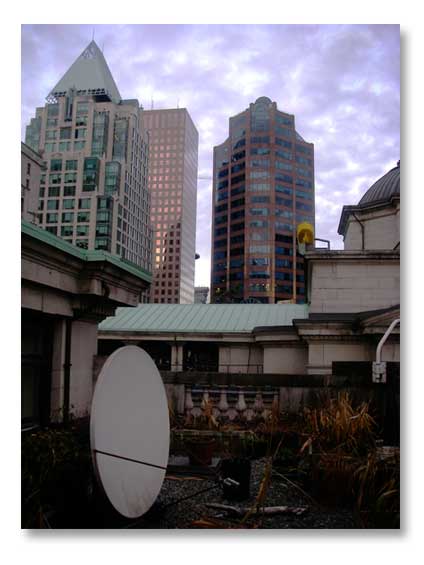 Looks like CBC British Columbia will soon have a totally new management structure.

Radio and TV will now be run by one management team instead of one for each media line. This model has been used in smaller regional centres for some time now.

It always struck me as odd the way BC is considered a ‘region’ by the CBC. It’s the corporation’s second largest production centre and just happens to be in the biggest film production centre in the country. It should be a powerhouse of programming for the network, leveraging the huge film and tv production community here. To do that would require declaring BC something other than a ‘regional’ centre.

Back in the 90’s when some of us were trying to make BC the centre of new media activity at the CBC, we were laughed out of Toronto at the mere suggestion. One of the province’s major universities offered to partner with CBC to leverage each of the organization’s strengths to make BC the hub of all of CBC’s online activities.

The VP who had come out to see what was being proposed by the university summed up the day long meeting with a simple phrase “It’s never going to happen out here “.

Vancouver continues to be a leader in new and innovative media activity, but CBC has drastically scaled back their new media activities here with the retrograde CBC Radio 3 and the dismantling of ZeD’s forward thinking user-generated content site. Over the same time period, CBC.Ca continued to expand its team in Toronto, all the while reducing its kid’s site to mindless 3rd party games (instead of original properties like The Zimmer Twins) and forgetting that promoting what’s on their TV network might actually be helpful to viewers.

There’s nothing wrong with having all media report to the same management team – that’s not the point. If CBC is ever going to leverage BC’s dynamic and thriving media creators, it’s going to have to treat BC as more than just another ‘regional’ centre. It has to take some new and innovative approaches, and let those bleed out into the rest of the system, rather than have Toronto dictate what works in ‘the regions’.

There are signs that might just happen with the new supper hour news shows, letting Vancouver lead the way in developing a new show that incorporates online in a big way. More of that, and less of the ‘it works in Manitoba so it’ll probably work in BC’ approach would be good. 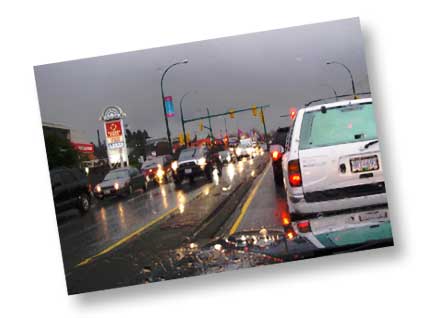 Taking a cue from Google Labs, YouTube has TestTube…

…a special section on YouTube that allows users to test new features before they are rolled out onto the website.Currently, you can test the new ‘Streams’ feature, which allows you to chat with other members who are viewing the same video as you.

I didn’t get the car I asked for.

I did have Omakase served at the bar by ToJo himself. I’d gladly turn 50 over and over if I got to eat at ToJo’s each time, and there’s nothing quite like the ToJo line crew singing happy birthday to Robert-San at the top of their lungs.

I got a couple of great mocked-up magazine covers from two of our clients, Canada Wide Media and Raincoast Books. And some really nice pull quotes from Aron at Capers and Janis at VANOC, all part of a nifty framed poster Sara and Emma put together for me.I got to spend the day with the boys, ride a BC Ferry (think of it as everyman’s cruise line), make my famous omelette for Betty Barrett, visit the Sechelt drive-through and generally act nothing like my age.

Turning 50 was pretty much like every other birthday. Well, that’s not quite true. It was actually pretty low key this year – truth be told we went out to ToJo’s a week later.

I only have one regret. There was no 56 Chevy waiting for me in the driveway. 🙁 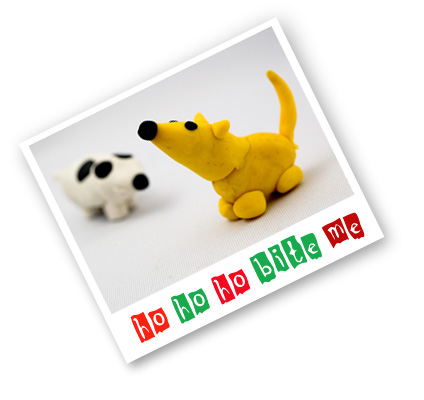 If you can manage to read through this entire article in Broadcaster Magazine you get bonus points.

The upshot is that the CRTC has some issues with CBC TV airing explicit programming too early in the evening. In fact, the regulator rules that in one case, the Corp is in violation of its license. In another, it had none of the required logger tapes to show what it had actually aired.

Big Screw Up ? Certainly. Reality ? Nothing much happens.

The Commission finds that, by airing Sex Traffic and Old School at 8:00 p.m., the licensee did not meet the Canadian broadcasting policy objective set out in the Broadcasting Act that programming should be of high standard. The Commission further finds that the broadcast of Sex Traffic at 8:00 p.m. was a violation of the watershed provision of the Canadian Association of Broadcasters’ Voluntary code regarding violence on television, to which the CBC must adhere by condition of licence.

[this is a repost]

According to StatsCan, each and every one of us Canadians is worth $ 146,700 – Canadian dollars mind you…