I have a love-hate relationship with Sony, but I have to admit, their media management software for the PSP is great.

We push a lot of media to the PSP – presentations, video clips, podcasts etc.  It is hands down the best multi-media presentation tool for one-on-ones.

And while there are some free tools out there to help re-code the files and manage Sony’s bizarre file naming system, they require way too much work and way too much time and trouble shooting.

I’d tried an early version of Sony’s software to mixed results, but this latest version is awesome.

It works, and works fast.  No more running 2 or more applications to handle re-coding and moving and file names.

One interface –  drag, drop and go.

It’s really fast on the re-coding side and will do batch files, two things that are critical.

In typical Sony fashion, the software is impossible to find on the Sony consumer site.

You’ll find it here on the Sony media software site. 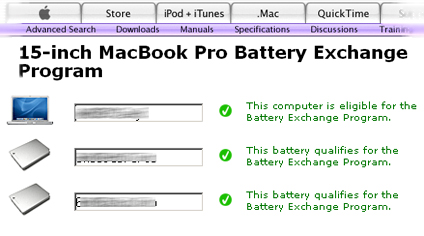 As a recent Mac switcher I’ve come to realize that all the hype around the heavenly Mac is just that. Hype.

For instance, my days of cooking eggs of my charging MacBook Pro may be coming to an end.

Which may explain why both my batteries are on a recall list, apparently because, according to Apple, “they do not meet our high standards for battery performance.”

Which begs the question – just what is the high standard my batteries are not meeting ?

For instance, I’m pretty sure that if they ran just a few degrees hotter, I could use the back of my Mac to do some quick solder jobs around the house. That certainly would be a high standard of handy.

I’ll just have to wait for my new high standard batteries to find out what all the hype is really about, ’cause Apple certainly isn’t saying. So much for transparency. 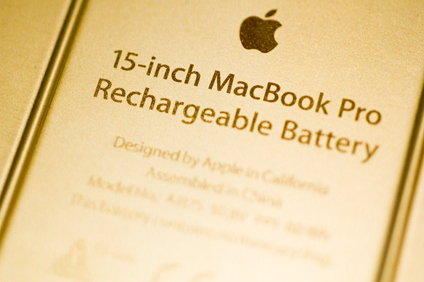 If you own one of these, you might want to visit the Apple recall page.

We’ve got this crew of rogue poppies that have decided late August is the perfect time of year to show up.

It’s fantastic to see them colonizing the side of the drive way, insisting that summer has just started.

Everyone who pulls into the drive does a double take, trying to figure out if they’re real or not – they look so – perfect.

There’s a nice review of The Dissociates in this week’s Georgia Straight. This is the new play Eileen is doing right now – get out to see it if you get a chance.

If you had ‘issues’ reaching the blog today, my apologies. We were moving a few things around and needed to drop off the grid for a bit.  All’s well, now we can get at those lovely Martini glasses…

My business partner in At Large Media is adding a new title to her already impressive resume.

Emma’s little guy arrived this morning at 3 am – a little past the due date but everybody’s in great shape and doing well.

I love this story. Short version:

Old guy juiced up with radioactive medical ‘tracer’ sets off alarms while crossing the border between BC and Washington State.

Is old guy going across the border as part of his medical treatments ?

He’s on his way to a casino.

Capers Community Markets is our most recent client to start podcasting.

We’re starting off with a series of chefs recorded live at Capers’ new Cambie Street store. First up is Capers in-house chef Nathan Hyam. He’ll walk you through a Thai Red Curry Chicken dish that is delicious and quite easy to make – at least it is with Chef Nathan guiding you along.

In a few weeks we’ll be featuring Chef Vikram Vij, and we’ll be bringing more of the Capers in-store experience to your mp3 player in all sorts of ways, so stay tuned. Oh, and an added bonus is an RSS feed to keep you up to date on what’s happening at the busy Capers Community Markets in Vancouver.

The RSS feed & podcasts are here.

I’ve been saying it for years now.

In fact, those of us who created CBC Radio 3 in 2000 were driven by this idea.

While some media observers continue to hang on to the notion that radio will, despite every trend pointing otherwise, retain its audience, I remain convinced that linear broadcast is becoming a niche service.

What intrigues me now is the ability of online services to create huge global audiences in a short period of time. YouTube is an obvious example, but there are hundreds more. They’re tapping into an audience that has multiple interests, diverse tastes, and an unprecedented desire for choice – attributes that are anethema to the focus-group, committee driven approaches of traditional media companies.

The big factor at play here is ‘engagement’. Sites like Flickr create mini-communities of interest, spin-offs, and micro-stars. But most importantly, they engage each and every person who uses the site. Even if you never upload a photo, you know you can. And not just a photo, as many photos as you want, about any thing you want.

The result of this level of engagement is an almost infinite number of points of view, and an audience eager to sample those infinite points of view.

Even when it tries, traditional media simply cannot engage on this level. It simply fails by comparison.

Take a show like CBC Radio’s Cross Country Check Up. When it engages with its national audience, how many points of view are you likely to hear ? Five ? Ten ? Probably not even that many. How many topics of discussion ? One, maybe two. This isn’t a criticism of the show (it is a bit, but let’s leave that alone), its a limitation of the medium.

For many of us, that limitation is just too restrictive, too severe, too uninteresting.

Once you experience the bandwidth of a Flickr or YouTube, it’s impossible to go back to the narrow track. 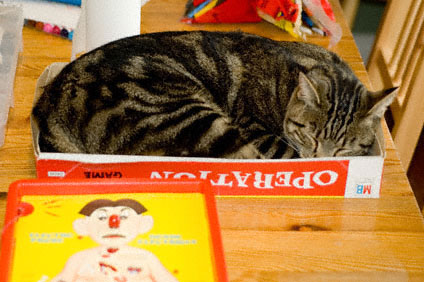 I do a lot of online purchasing.  Part of being a busy small business owner is maximizing your time, and being able to do product research, price comparison, ordering and get delivery usually within a day or two is super valuable.

I’ve had great service from Oakwood Broadcast in Winnipeg, Vistek in Calgary/Toronto and even Epson. I use them regularly and to great satisfaction. In the case of Epson, who knew it would be cheaper to buy paper from them (they pay shipping) than buying it at my local office supply house.

I had high hopes for NCIX.com because the first time I ordered some gear from them it showed up within a couple of days and prices were good.

A few months ago, they shipped an incorrect item, and because they didn’t have the correct item in stock, made me jump through tons of hoops in order to get the wrong item back to them. And they never were able to get me what I wanted.

The rather unhelpful customer service person I talked to on the phone was unable to arrange to get the incorrect shipment picked up – I had to get a form and go down to the courier company – which puts a bit of a wrench into online shopping.

The thing that really ticked me off was that they refused to credit my order until the incorrect item had been returned and arrived at their office.

A couple of weeks ago I thought I’d give them another try.  My mistake.

They shipped one and charged me for two.  No word on a delayed shipment, nothing.

This may be news to them, but here’s one of the basic tenets of merchandising:  only charge the customer for what you give them.

After getting lost in their voice mail system, I’ve left an online ‘customer care’ message. I’m sure this will mean a long phone call on Monday and a bunch more hoop-jumping.

As a super-wired-small-business owner, I’m surprised at how often I still need to use a fax machine.

The paper goes into the project binder, but I sure like having electronic copies of everything, and it sure would be nice not to have hard copy unless absolutely necessary.

And I admit it. I tend to ignore the fax machine.

For one thing, it’s in the far corner of the room. Email gets my attention – but paper ?

So, this could well be the answer. I think I better get one…