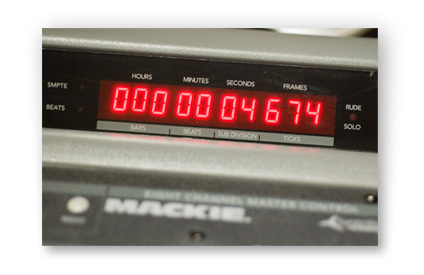 My wrists are saved.

I’ve been using Adobe Audition since it was Cool Edit 1.0 and over the years have used a variety of hardware controllers to varying degrees of dissatisfaction. 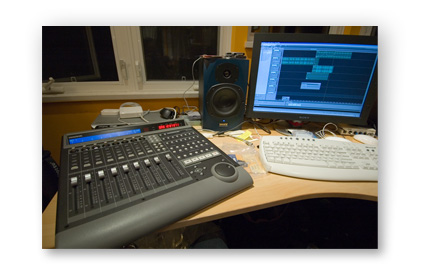 After a bit of a wait because of back orders, Craig from Oakwood delivered my Mackie Control Universal, which now takes up what little desktop space I still had left.

Ten minutes after plugging it in, the Mackie was working flawlessly with Audition, giving me tactile transport control, flying faders on all channels, assignable eq and pan knobs, and 35 other pre-set buttons right out of the box.  Among other things, this will eliminate the tedious and frustrating mouse work when doing complicated mixes (which mine tend to be), using faders and ‘write’ mode so that my mixes are saved on the fly.

But what makes this Mackie unit a real winner is that it is equally at home controlling other software I own and use constantly: Reason and Final Cut Pro, as well as 16 other industry standard software packages I don’t currently own.

One controller, many applications.  Those wacky Mackie folks do it again.

I can’t wait to get started on the next podcast for Raincoast, LEBC and soon Capers. Now I just need a bigger desk. 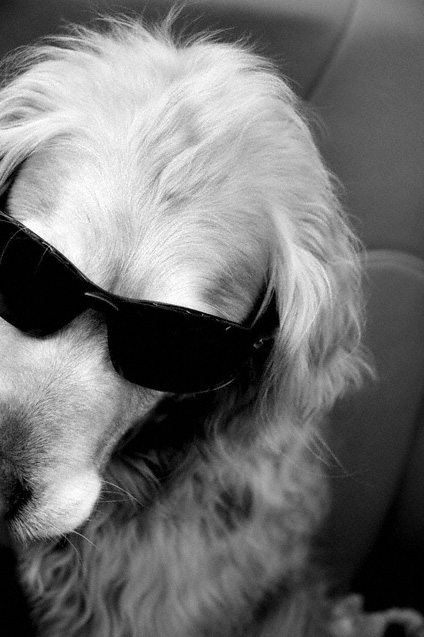 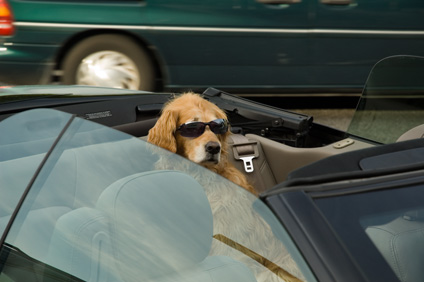 Ugh. It would have been ok had it been an April Fools Joke.  But no.

I woke up this morning to discover almost 4,000 emails in my inbox.  Thinking I had been hit by some super-spammer, I got even more annoyed when I discovered the mail had all come from me.

It’s set up to send me an email when it finishes a task, but last night, while trying to back up my documents, it hit a snag, and started sending notices out to me, it looks like one message every 5 seconds.

In all, I got 3993 messages, each one saying the same thing…

Doh.  I got it the first time, thanks.

CHUM Limited keeps showing the world how to do it. They’re officially tapeless in Toronto. While this may seem like a yawner to most people, it’s a big deal in the broadcast world where tape (even if it is digital) is still a big deal.

This was one of my goals at CBC Radio 3 when I was still there – we were early adopters of integrated chip recorders so that we could eliminate the time spend ‘dubbing’ (copying) audio from mini-discs to hard drive for editing.  Certainly no-one else at the CBC was doing it back then, and I’m happy to say I’ve been tapeless in my production studio for years.

The idea is that you order online, download via high speed, and burn to DVD without ever leaving the comfort of your home.

Then you can play your, um, films, on any DVD player in the house.

Apparently the resulting DVD is just like the store-bought version, complete with menu and extras.  The trick is in the digital rights management software that only lets you burn ONE DVD (though I don’t know what would stop you from using easily available DVD copying software after that).

If this works, it could usher in a whole new model for DVD sales of all kinds.  Maybe.