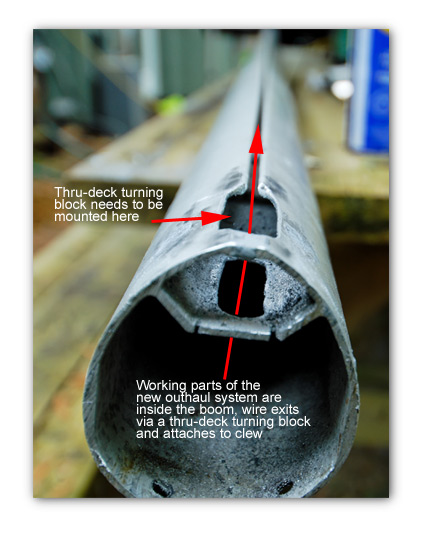 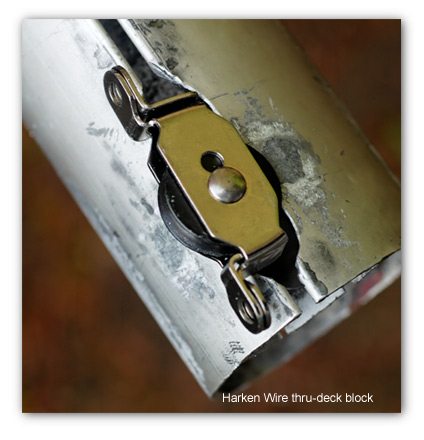 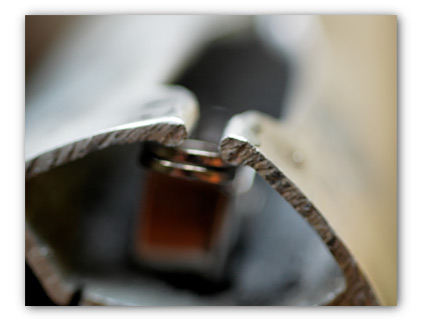 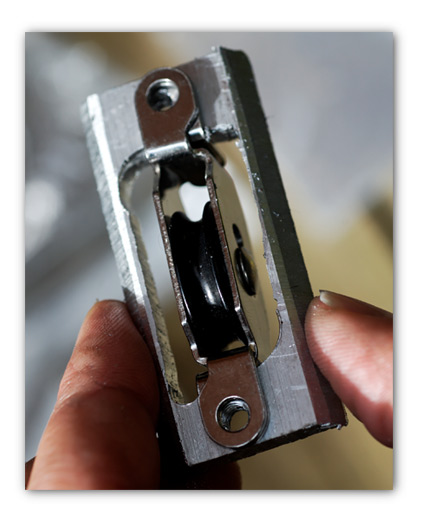 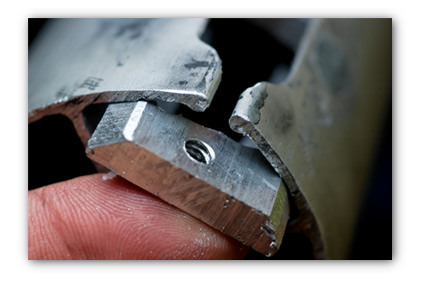 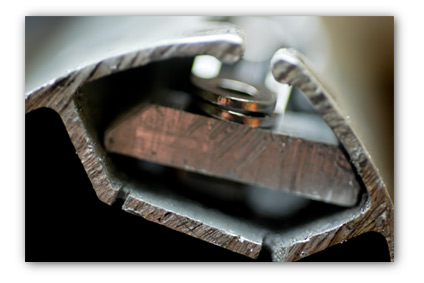 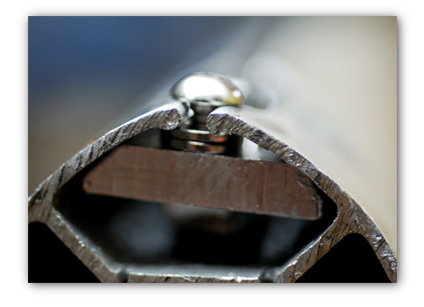 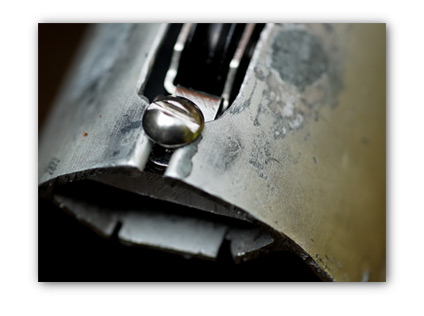 I’m getting set to paint the mast and boom on Madsu before putting her in the water this year.

But before I get there, I’ve got a few modifications to make, so I’ve commandeered the picnic table and set up for some serious mucking-about-time. 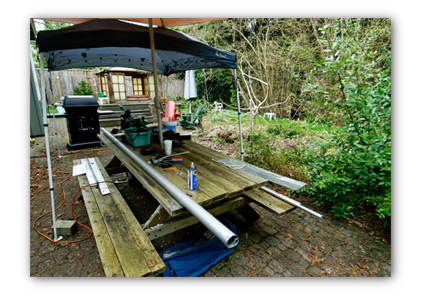 I started with the boom, stripping all the hardware so I can replace the self-tapping screws with tapped versions.

I’m also fixing the outhaul – the previous owner seemed to think a piece of line wrapped around a becket at the end of the boom was a proper outhaul. It drove me crazy last season, but since the main was pretty bagged, I put up with it.

Since I’ve got a brand new North Sail main for this season, and I was stripping the boom down anyway, I thought it was worth the trouble of making an internal outhaul system based on Gene Ferguson’s excellent 1997 design. Using Gene’s diagram, I ad-libbed a bit, using Harken 225 and 226 microblocks and New England V-100 1/4″ braid and sticking with wire for the 2nd block and exit out the thru-deck at the aft end of the boom to the clew.

Since the exit at the boom-end is wire, the thru-deck block is nice and small, and through the magic of the Dremel tool I’ve managed to cut a nice slot for the block. It sits in the foot channel and is just big enough to reach into the main section of the boom where the guts of the outhaul are hidden. Having a swaging tool makes working with wire a breeze – I picked up a hand tool at West Marine last year and have used it a lot more than I thought I would. 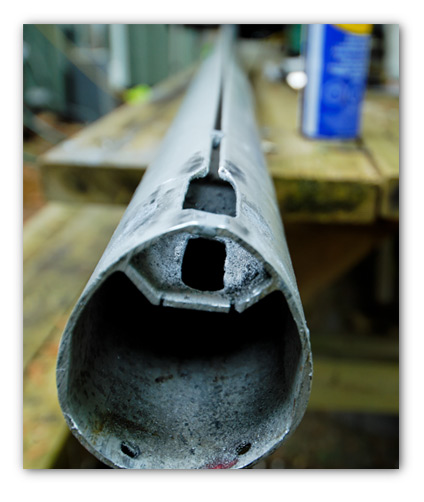 I’ll have more pictures soon – the outhaul is rigged and sitting in my cupboard with the new sail.