It’s been a wild couple of days here in Vancouver.

For starters, we already had about 15 cm of snow on the ground, then got another dump on Christmas Eve – somewhere around 20 or 30 cm depending on what part of town you live in.

MB and I were on Cypress Mountain first thing Christmas Eve – the powder was up to my knees and super light so we had a riot. After 5 runs I was exhausted and we headed home, then off to the Playhouse to see a matinee of the Drowsy Chaperone.

While out shoveling the driveway, we managed to catch some video of our neighbour’s way of dealing with the snow…

By early evening there was even more snow on the ground, and while out buying milk in Edgemont Village I passed a couple on a snowmobile driving down the middle of Sunset Boulevard – a sight you won’t see too often in North Vancouver.

Christmas Eve is pretty quiet at our house – we were all curled up watching a movie when the power went out around 10:00 pm . By Christmas morning the power was still off so I fired up my Y2K generator (who’s laughing now !) and we got the fridge and freezer powered up. And of course the coffee maker.

With the indoor temperature about the same as the temperature outside, it wasn’t hard to convince the kids to gear up and play in the snow. I did a run to the closest gas station with power and fueled up the genny.

By 10:30 Christmas morning the grid was back up – so time for a little blogging and another pot of coffee.

This will be one Christmas etched in our memories for a while. 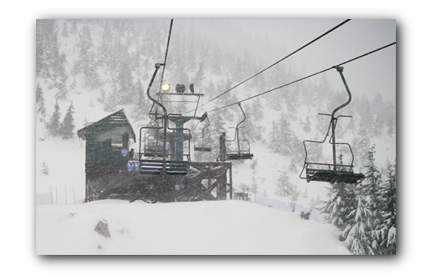 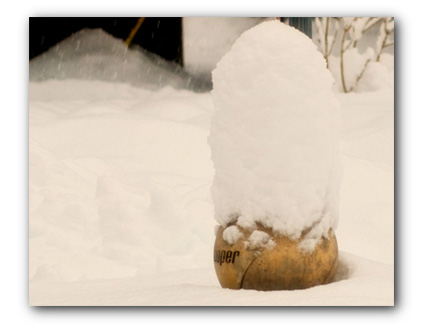 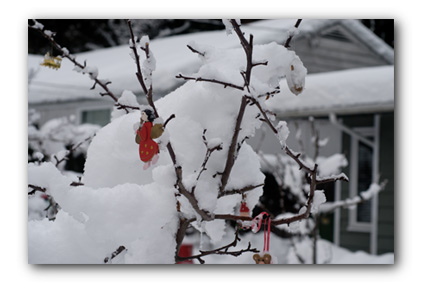 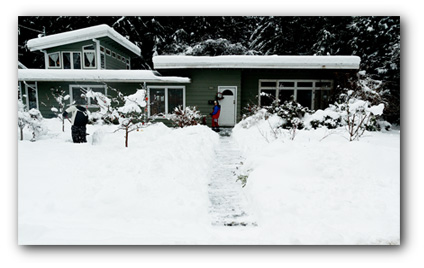