The EXH-TKB1 is featured to detect human falling, in addition to explosion-proof capability. The transmitter sends radio to the alarm set in the office, when a certain period of preset time has passed after the person wearing the transmitter on his waist belt falls down due to some kind of accident. The alarm sets off loud sound to make the emergency known to people around.

The BBC is launching a whole series of new ‘reality’ type TV shows. Chef Jamie Oliver is hosting one that features roadkill…

The programme, created for BBC Three by Oliver’s Fresh One production company, aims to show that fresh fox, hedgehog and badger have a nutritional value that is greater than supermarket meats.

The show (surprise surprise) has set off a few alarm bell…

The RSPCA warned the producers to stay on the right side of the law. A spokeswoman said: “We have welfare concerns over roadkill food. Participants may have to prove that an animal was already dead when they found it. Badgers and deer are protected under the law and it is an offence to possess any part of a badger.”

full story on Road Kill Cafe and other new reality shows in the Times Online.

BBC is making a big deal about ‘tapeless’ radio production. Here in Canada, the CBC has been doing this for years, using a different system.

But the real story isn’t about being tapeless. It’s about networking and synchronization – something the CBC has never figured out. CBC still sends most of its digital files from place to place in real time. They actually play them out from a computer, but transfer the audio in a linear ‘feed’, only to be recorded digitally at the other end (and don’t get me started on their continued use of MiniDiscs for field recording). And there’s no meta data associated with the content – not that it would matter because it isn’t stored long-term in the data base anyway.

And that’s where the BBC is spot on with it’s new system.

The unique benefit of this networked production and playout solution lies in its intelligent handling, not only of projects and large files containing broadcast items, but also of the production and programme-related metadata. Furthermore, it seamlessly integrates the tools already used by the production teams. The solution’s core component is a shared production database that facilitates project management and creates a fully networked working environment, not only in the production studios but also at the desktop.

In what amounts to a decision about ‘taxation’ with no real services in return, a judge has ordered the Canadian government to pay back broadcasters who were forced to fork over part of their revenue in return for no specific services…

Canada’s broadcasting industry has won a major victory against the federal government that will save the sector more than $100-million a year — and may force Ottawa to provide a lump-sum refund worth seven times that amount.

full story in the Globe and Mail

Considering how much time most of us spend in our cars doing the commute, they seem a logical place for a networked hub. From Ars Technica a story about a WiFi mesh network of cars…

WiFi is coming to the fast lane as European automakers like DaimlerChrysler make progress on in-car networking systems designed to make driving safer. DaimlerChrysler has just announced the successful field testing of the WILLWARN research project, which turns vehicles into WLAN routers. Cars equipped with the system can relay information about temperature, road conditions, fog, or road obstructions to vehicles within 500m, warning other drivers about problems so that they can take corrective action. 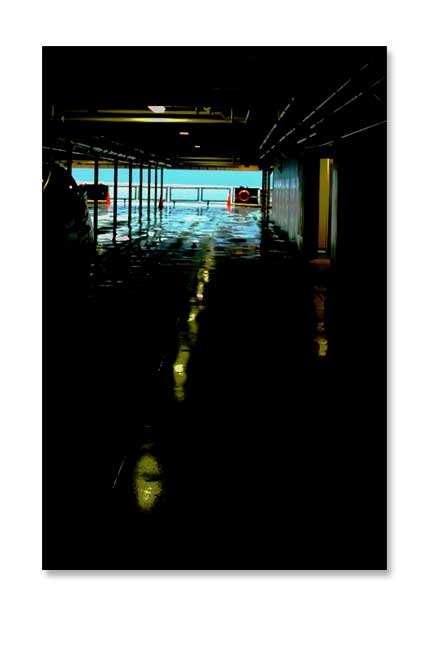 An oasis on the Sunshine Coast. The Starbucks Drive Through. 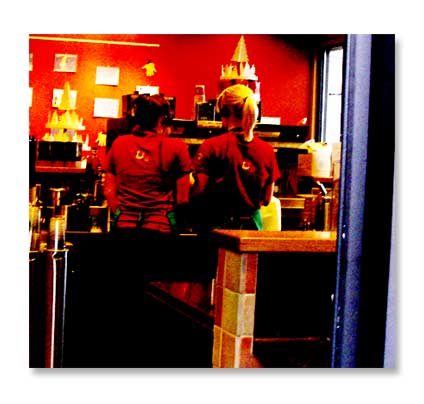 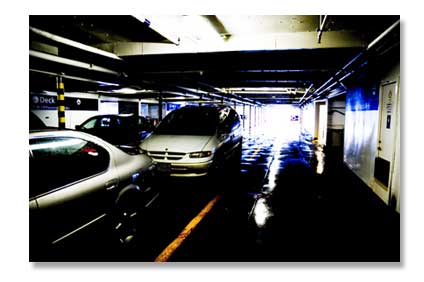 Living on the North Shore means never having to wait through rush hour. 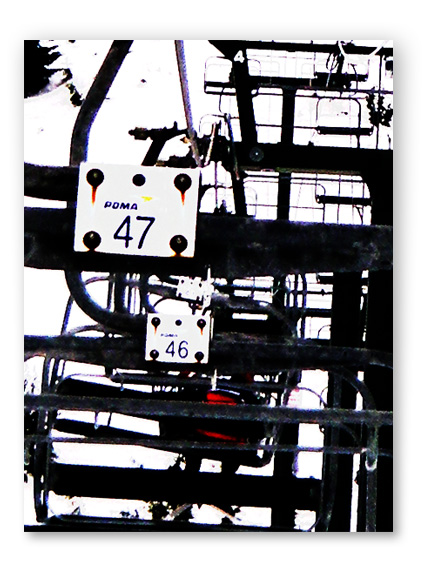 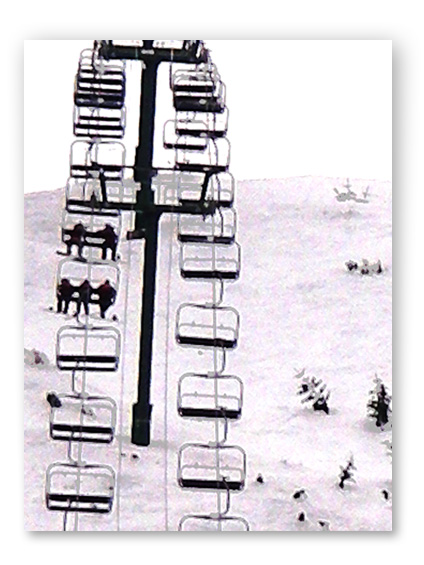 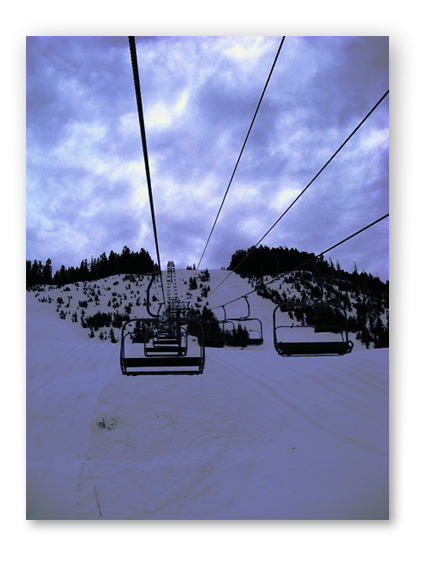 My post about Toronto kicking Vancouver’s tagass has prompted a few observations about one important requirement; a much higher degree of math skills.

Michael Tippett of NowPublic was the first to make mention of adjusting things on a per capita basis. That puts Vancouver well ahead (see Michael’s comment).

W.G. Arndt of mod7 makes the case for Vancouver and manages to coin a new measurement system:

No, dude, you’re totally looking at this the wrong way. It’s just a matter of math.

(You might want to verify my pop #’s, but you get the point)

We might want to check Canada’s Gnibber against the US’s.

I can hear the CBC announcer now:

It’s got a kind of je-ne-sais-quoi, don’t you think?

Shortly after I left CBC to work with Emma and At Large Media, one of the first companies we partnered with on a project was Exponentia. (The project was a mobile youth voting initiative that shook-up the last BC provincial election)

In our many visits at their offices, Jim and Andrew would show me the work they were doing on their PlayAction game. PlayAction brings interactivity to live sports events in a really unique and innovative way.

Years of hard work and fine tuning has paid off. This week Exponentia and the National Hockey League announced a league-wide deal:

Exponentia and the National Hockey League (NHL) today announced the signing of a multi-year rights deal to provide live mobile interactivity for fans of NHL action across North America.

Exponentia’s mobile game PlayAction enables NHL fans to make live predictions via their mobile phone from wherever they are; whether at home; at the sports bar; or at the game. Players challenge their friends, create their own leagues and compete for team jerseys and other great prizes.

To play, fans simply text the name of the team they support to the short code 24365 on their phones. Players receive trivia or multiple choice questions about game outcomes via text messaging as the game progresses. Live results and leader boards are available on the phone and on-line at www.playaction.tv

I’m super proud of these guys – they’ve worked so hard on this project and had the vision and spirit to take it from an idea on their white board to The Majors. Well done.

Now if I could just figure out a way to unseat EXYU from the leaderboard, I’d really be happy.

A Small Personal ITYS:
To the folks at an un-named national broadcast new media department on Front Street in T.O. who took a pass on PlayAction…I told you so.

Greenpeace has released its latest report on the greening of the PC industry. The beloved Mac ain’t doing so good…

The latest version of the Greenpeace ‘Guide to Greener Electronics’ which ranks 14 top manufacturers of PC’s and mobile phones, shows that most companies have demonstrated commitments to greener manufacturing processes, such as eliminating the use of the most hazardous chemicals, and recycling policies such as financing take-back, reuse or recycling of end-of-life products. Apple, however, lags far behind the competition, presently occupying the last place in the ranking guide.

I’m not competitive or anything, but here’s how Toronto and Vancouver compare – at least when it comes to Technorati Tags. (these charts are dynamic and will change over time)

Posts that contain Toronto per day for the last 30 days.

Posts that contain Vancouver per day for the last 30 days.

Lets see if we can do something about that shall we.

Get your own chart!

Getting a manuscript in front of a literary agent or publisher is almost impossible without a recommendation. The Front List combines the web and a type of peer review to help authors get their works seen…

The process is straightforward: After posting an extract from a completed work on The Front List, a writer is allocated five works to critique while his or her extract is, in turn, read and annotated by five other authors. Marks are given out of 50 – based on five set criteria, which vary according to genre.

Any member who scores over a certain threshold (225 points out of a possible 250) is guaranteed a reading by a respected literary agent or publisher. The site makes money by charging members £10, or about $19.75, if they wish to read the critiques of their work.

“We feel very strongly about copyright. We don’t do any mass scanning of in-copyright works,” said Danielle Tiedt, the general manager of Live Search Selection for Microsoft.

Initially the database of available books will be searchable from the book search engine’s home page or as a category on the main Windows Live Search page.

The UK and Ireland have the highest per capita WiFi on the planet: 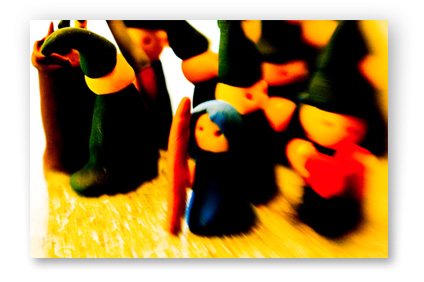 First shot out of the box with the new Lensbaby 3G.

I’m a long way from figuring out the sweet spot, but these selective focus lenses from Lensbabies are a riot. 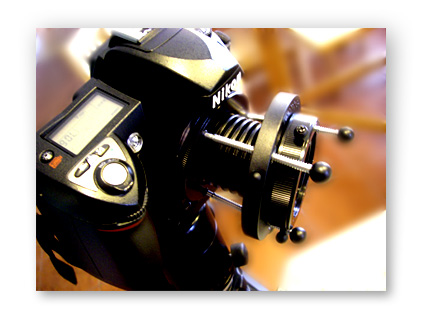 And you thought your job was tough…

Santas get sneezed upon up to ten times a day, fend off children pulling their beards and mop up after children who frequently wet their laps, according to the survey of hundreds of men who work as seasonal Santa Claus characters.

I’m not obsessed with work-life balance, really I’m not.

It’s just that after being on a panel to discuss it, I keep reading stories about it, and I just have to share.

A few days ago I blogged about extreme jobs. Now from Australia, this story about shrinking-holiday syndrome.

Via the Sydney Morning Herald

The data identified several workplace conditions that were leading to shrinking-holiday syndrome, including the encroachment of work into personal life, the stress of not being able to take care of work issues remotely and the physical act of travelling into the office during days off and holidays.

It also found that many organisations were not giving their employees the tools required to work remotely, yet workers were expected to be on-call and available to travel into the office, which was leading to high levels of frustration.

The legendary French Foreign Legion wouldn’t be top of my list of savvy online organizations, but there, my friend, is my big mistake…

via the International Herald Tribune

Online outreach has proved so effective that the legion is considering closing recruiting offices in smaller French cities, allowing it to experiment with new approaches – like its recruiting truck that trolls the touristy beaches of France, emblazoned with the Web address.

“We constantly evolve,” said Colonel Vincent Le Cour Grandmaison, chief of staff of the legion’s general headquarters. “The Internet has really opened the way for us to reach the globe.”

AmieStreet is a fantastic music site – the idea is that every song starts off being free, but the more popular, the higher the price, until a song reaches a maximum price of 98 cents.

It’s a great idea, the music has no DRM, it’s just a great way for a band to share their stuff, and if people start digging it, they might make some money.

Seems better than a record deal in the long run…