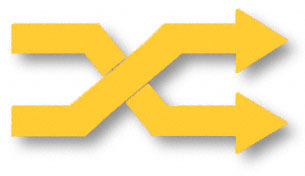 With everything that’s been said about podCasting, there are a bits on the trailing edge I’d like to pick up on.

Lesson Number One: There’s No Going Back.

The lessons for traditional radio are enormous. They’re the same lessons marketers everywhere are paying attention to, as are publishers and every middleman involved in the communications industry. They’re paying attention because models we’ve grown accustomed to are changing, and no one knows for sure just where they are taking us. What’s for certain is, once people change, they rarely go back to the old way of doing things.

Lesson Number Two: They’re On the Other End of the iPod.

I’ve been fascinated listening to broadcast executives justify their inability to understand what is going on, by challenging change with “but where’s the business model”. This is one of the great cries of the unconvinced. I heard it during the early days of the Internet in regards to web pages, and again when it came to online audio. Podcasting has no clear business models, yet. Better to ask, “Where’s the audience”. We know the answer; they’re on the other end of an iPod.

Lesson Number Three: You Can No Longer Fool Very Many People for Very Much of the Time.

Broadcasters need to break down what’s happening here. For years they’ve argued that they’re essential, based on a quality of service argument. They hire ‘real’ journalists, they have ‘standards’ etc. On the basis of thier QOS argument, podcasting is a joke – the quality can be terrible and the reliability is spotty. But wait – why are there so many of them out there, and why are people clamoring to get them ?

One reason is they’re providing an array of content. A stunning array that grows daily. Broadcasters meanwhile, continue to rely on the same 200 songs or the same 20 topics for the call in show. When your public has been nurtured on a seemingly unlimited number of options, just a click away, it simply isn’t interested in highly limited choice. There’s a new universe out there, and we just aren’t buying the notion that Jack’s the only person with a handle on it.

Lesson Number Four: Give Me What I Want When I Want It or Get Out of the Way.

A podCast is delivery on demand. By subscribing to a feed, you get one every time there’s something new from the content creator. No waiting for an allotted time, no fuss, no muss. It is stupidly elegant. This is exactly what both the busy professionals and the slacker is looking for. If you can’t give me what I want, when I want it, I’ll go find it somewhere else.

There’s no denying that the biggest factor in the success of podcasting isn’t even the technology; podcasting is just an attachment in an RSS feed. The biggest factor is the iPod. It is also stupidly elegant, and it’s a platform vacuuming up content at every opportunity. The iPod is the new industry standard for audio – soon for video – and I’m certain, soon for books. It’s affordable, it’s easy to use, it works, and it even looks nice.

Like the transistor radio, the iPod is creating a massive change in the way we consume content. The proliferation of podcasts is grist for the evolutionary process, leading us to a new generation of audio consumers and audio services. Media is changing, and changing fast.

Lesson Number Six: We Come In Peace, But There Are a Lot of Us.

The business models that result from all these changes will be as unpredictable as the changes themselves. podCasting is still evolving, it’s barely out of its Geek diapers. People are catching on and turning to these alternate sources for their entertainment and information in numbers no-one predicted. Where there are people, there’s the opportunity to create revenue. It may not fit a broadcaster’s current sales template, but just watch the models pop up over the next few months. It’s damn exciting and rife with opportunities.

Chances are, if you don’t know what that the symbol at the top of the page means, you’re still not convinced. If that’s the case, I’d be more than happy to help.