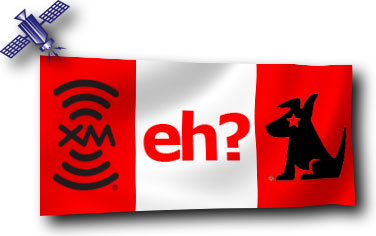 The Globe and Mail is reporting today that the cabinet may ask the CRTC to review its recent satellite radio decision.

There’s been loads of lobbying by arts groups, saying that Canadian artists won’t get enough exposure on the new channels. There’s also a legal argument being posed saying that since satellite radio is controlled by American interests, the current proposals do not meet the CRTC’s own guidelines about who controls the airwaves in Canada. Because this is Canada, there’s also another group who are lobbying against the lobby. The CRTC must have done something right if everybody is pissed.

The results of a possible review are uncertain. The CRTC rarely ends up changing its mind or its rulings, but these reviews give politicians an answer to critics.

Trying to protect the Canadian airwaves in an era of global communications requires some inventive strategies and some new thinking. Creating a ghetto of Canadian satellite channels that no-one listens to isn’t going to help anyone. Sure we should excercise regulatory clout to ensure that Canada benefits from the introduction of satellite radio, but asking for more Canadian channels isn’t going to help. It most likely will make the situation worse.

The root of the problem is that the channel operators will spend as little money as possible on these Canadian channels, the result of which will be negligible listernship. In order to add more channels, the American operators either have to remove existing channels, or lower the bit rate. They’re already squeezing out as much music as they can, so adding more Canadian channels to the mix is going to mean dumping some fine Made-In-The-USA channels. Not a problem in Canada, but a big problem in the US market, where things like the all-Elvis, all-Rolling Stones and Howard Stern channels are the real money makers. Can you imagine them being bumped for the all-Trooper channel ?

Making the operators carry more Canadian channels will just result in more generic, auto-programmed channels requiring as little human intervention as possible. They will be middle of the road and as low cost as possible, and as inoffensive to Americans as possible. Cable TV already has dozens of these music channels made by Galaxie (which wins the award for worse use of clip art) and MaxTrax. They’re run by digital juke boxes, and these automatons crank out loads of Canadian Content every hour of every day, without the help of any humans. Any of these channels could easily be switched to become one of the new mandated CanCon channels, at negligible cost.

Here’s what young Canadian artists have already told the CRTC. Getting airplay on popular U.S. satellite channels does wonders for their careers. What we need are channels that aren’t run on a shoe-string or the result of some rehash of previously aired material. What we need is inventive and responsive programming that works hard to attract an audience.

It’s simple. We’d be far better off with one kick ass Canadian channel on those new satellite services, than ten or fifteen auto-pilots working their way through the MAPL catalogue.